For the Birds: Orioles Use Breakthrough 7th to Jump Gio, 6-2

Share All sharing options for: For the Birds: Orioles Use Breakthrough 7th to Jump Gio, 6-2 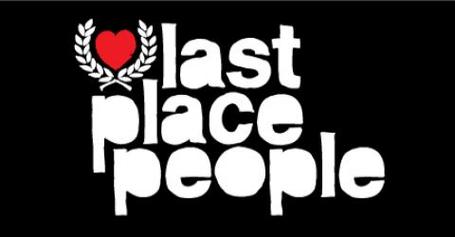 Cellar dwell for a spell in Hell. 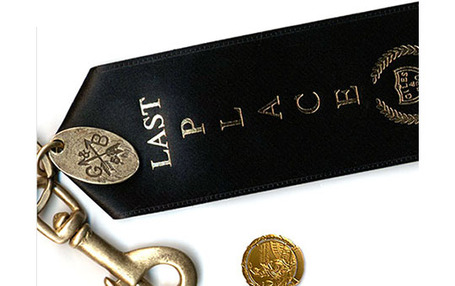 The A's lost again tonight, falling into last place in a game that was a microcosm of the season -- at least in that they should have done a lot better than they ended up doing.  The first A's plays from scrimmage augured in the  failure-du-jour, seeing a promising start wiped out convincingly: Jemile Weeks singled leading off the 1st and was promptly thrown out by a space/time-continuum-warping throw from Matt Wieters, who leads the majors with a 40% ratio of runners gunned down in 2011. Only Bad Bad Leroy Brown on the South Side of Chicago (it's the baddest part of town) has shot more people with that few misfires thusfar this year.  Weeks -- who slides like he's trying to beat the shuttlecraft door to the floor to barely avoid the H.R. Giger monster eating him in an Alien film -- would only have been out by more if he'd have stopped midway between first and second to deliver a spot-on impression of a young Bob Marley singing a suitably-dreadlocked rendition of Waiting In Vain.  Wieters then came up with two out in the 2nd and launched a bomb so far to CF they had to set up a triage unit for the wounded in the East Side Club... it clanked off the facing above the batter's eye as Gio Gonzalez wore a look of disgust reminiscent of someone who'd just seen that pic of Michele Bachmann eating that corn dog at that State Fair. 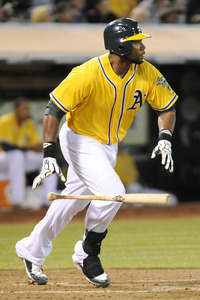 Nothing like working on your anti-gravity technology project that will save all humanity whilst simultaneously having your 2nd consecutive 3-hit game, I always say.

The SDI -- which for the A's usually come with so much space between them you'd think they were part of the Strategic Defense Initiative from the 1980s -- proved just as impossible for the O's as Josh Willingham was driven home by DDJ to immediately tie it up with no one out. After Brandon Allen singled on a broken-bat liner the other way -- his bat immediately reassembled itself into a brand new gondola on Lake Merritt for tourists to enjoy as part of his singlehanded effort to revitalize the city of Oakland -- Cliff Pennington made Tommy Hunter's facial muscles contract even further, ringing his Bell with the A's 4th straight hit and scoring Guy Smiley for a 2-1 A's lead. It might have been a more crooked number, but Kurt Suzuki GIDP'd (a rare blemish on an otherwise MVP-caliber season, I'm sure we'd all agree) and the Elfin Keebs flied out to kill the thrill and ensure that the failure to add on would make us all want to sh*t our livers in frustration later. 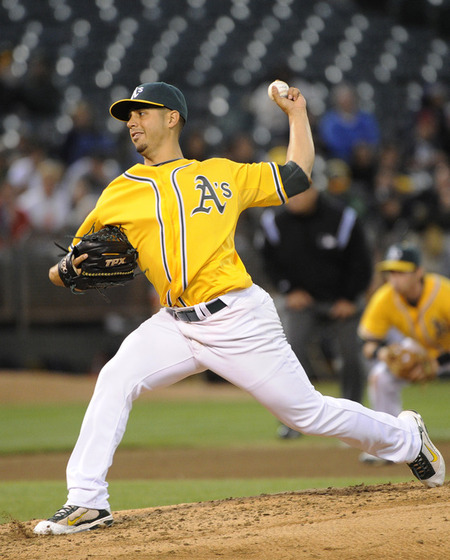 Section 121 -- aka Gene and Beverly Schmankinhofer from Dublin -- observes as Ojos Locos brings it.

Gio -- who since the All-Star break had been pitching more like former U.S. Attorney General Alberto Gonzalez, and whose recent outings have been a worse excuse for torture than even that guy could offer -- looked like his better self tonight until it all came flying apart like some demented Catherine Wheel in his final inning. Besides the HR Wieters crushed halfway to the hills, his only hint of trouble in the first six came in the sixth when he walked the nine hitter (another Bell -- this time Josh -- more from him later in this paragraph) before retiring the subsequent Orioles hitters 1-2-3.  This effectiveness soon went the way of all flesh in the 7th, as Gio returned to (de)form by loading the bases on two hits (bad Vlad and Adam Jones singled) and a walk to start the frame.  FDLS was summoned to do the impossible and at first seemed like he might, K'ing his first hitter on what seemed like a 204 MPH heater before Robert Andino clocked a somewhat flatter-n-fatter fastball over Coco Crisp's (regrettably Afro-less) head to flip the game and put the O's up 3-2.  Then it was Bell again, ringing insistently and oh-so-shrill as if out of some distant (alcoholic of course) nightmare, singling past the drawn-in infield for a 4-spot and a 5-2 cushion. 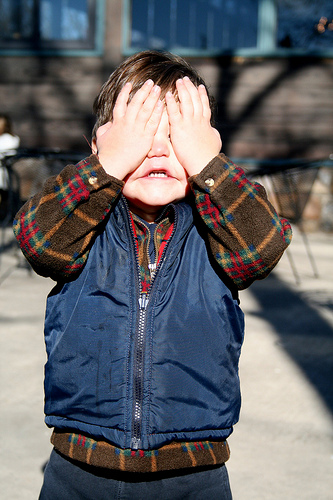 Is it over yet mommy? I can't bear to watch anymore.

Nothing much else happened except Mark Reynolds taking Trystan Magnuson deep in the 9th for a meaningless HR in a meaningless game in a mostly meaningless season of meaningless meaninglessness.  We'll slog on through another one tomorrow as the M&M show fires up at 7PM with Moscoso vs. Matusz. Join Dan then and have a great night everyone!