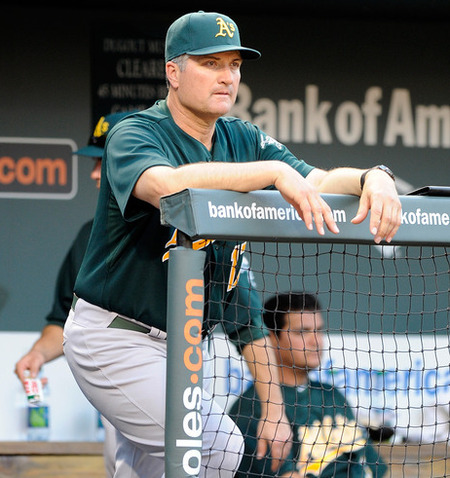 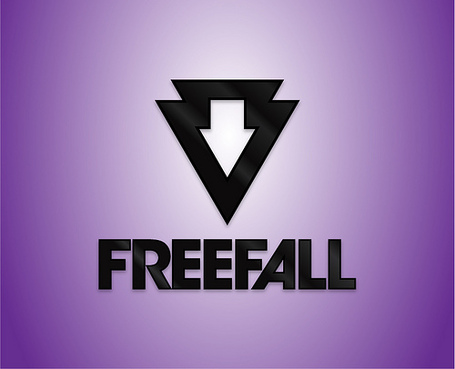 I will be brief.  The A's lost again, their seventh straight; on a day that was almost surreal in its various bizarre and unkind occurrences, they could have done no more than lose, I suppose.  If you need to know the state of the A's right now, you need only know that Mark Ellis celebrated his 34th birthday today... and left the game with a strained hamstring. 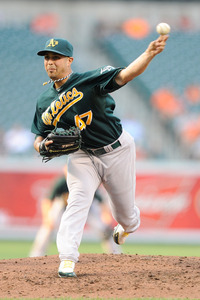 His name is Gio, and he sometimes does melt down...

Gio Gonzalez struggled early, aided and abetted by a couple of Athletics errors by Suzuki and Pennington early. Zuk's throwing error was pivotal, as it appeared he had the runner thrown out, but it alowed that inning to spiral into a crooked number and essentially doomed Ojos Locos to take the loss in this one. He did settle in to give the A's a serviceable 7 innings, but he allowed 9 hits in total, struck out only 3, and generally was unsharp surrendering 4, of which 3 were earned.  Orioles starter Brian Matusz was shaky-but-serviceable, lasting only 5 1/3 and allowing 7 hits, one of which was a "Welcome back Adam Rosales"  blast to left field... but it was enough to get him the W, his first of 2011.  The A's did not get a hit at all off the O's bullpen. 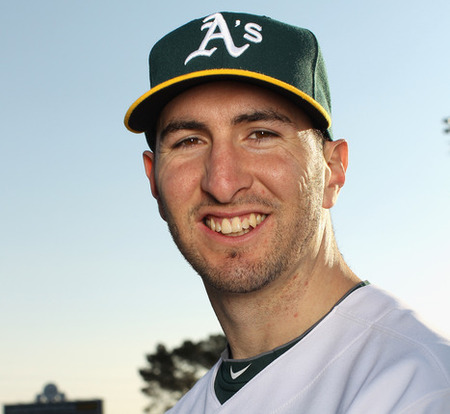 Essentially this game was scotched in the sixth, when Matusz was lifted just in time for the previously heroic Rosales to GIDP off Jim Johnson and kill the little rally the A's had begun to mount.  This was another of those games where there were so many times that one big hit would have done the trick, but like an errant Domino's order it just never came.  The comparison to Beckett's Waiting for Godot is apt but I've used it a million times so never mind.  Godot, Groundhog Day, Major League... pick your clever sociocultural metaphor for where these Oakland Athletics are at, but I think we'd all agree that it's gonna take more than the Sactofication of Kevin Kouzmanoff to shake things up.  In a rare bright spot these days, Scott Sizemore pinch-hit for the injured Birthday Unicorn and singled in his first AB with our side.  As I type this, Chris Townsend has just said on the 95.7FM postgame that Jemile Weeks has been removed from the Rivercats' game, so there may be more 'Cats in the cradle, coming soon.

In news not related to injuries, organization torpor and soul-crushing losing streaks, the A's did manage to select Sonny Gray, a RHP, in the draft today.  Hopefully he will be the long-range winner on a day of losses in the midst of a spate of despair we'd all like to forget in as short a term as possible.  We'll try again tomorrow... join Danbot with threads at 4PM as the A's new stud starter -- he's so badass he just goes by three letters: "TBA" -- opposes the beautifully named Chris Jakubauskas.