Share All sharing options for: New Gold Dream: Scenes from a Splendid Sweep-end 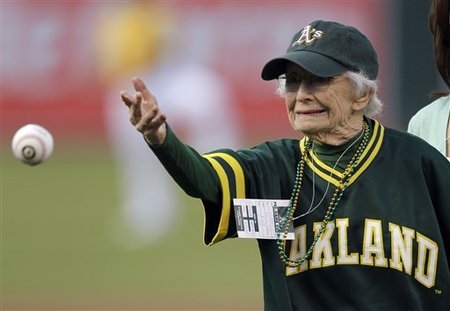 Not to be impatient, but the day Commissioner Selig first appointed his blue-ribbon committee to get the A's a new stadium, this lady struck out 15 in an NCAA women's softball game and was clocked at 71 MPH on an early-prototype radar gun.

This week's travel day gives us pause to cast our minds back to the (fantastic) events of the past three days, in this little photo essay I like to call "Take that, you disingenuous territorial-rights-flogging whiny little prima donnas whose fans are all puffed up like Halloween Peacocks because Hell finally froze over long enough for them to sneak on back to Latte Land with a championship trophy." 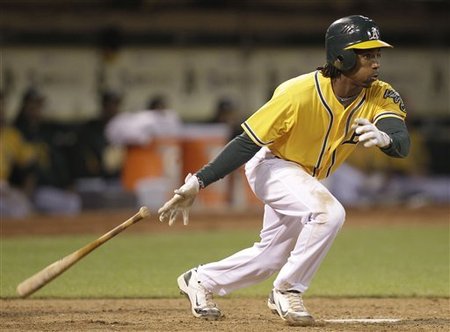 We may have seen the last days of Ellis as of this month, because the A's haven't had a player like Weeks in years. 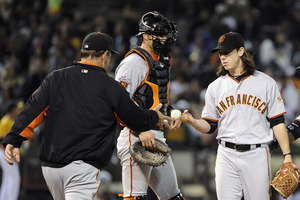 The Freak didn't make it through the seventh in Friday's game, but he did make it all the way to the end of the eighth thanks to the pipe in his car on the way home afterwards. 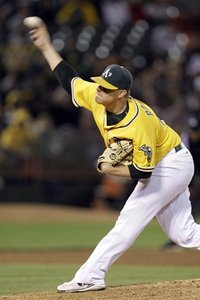 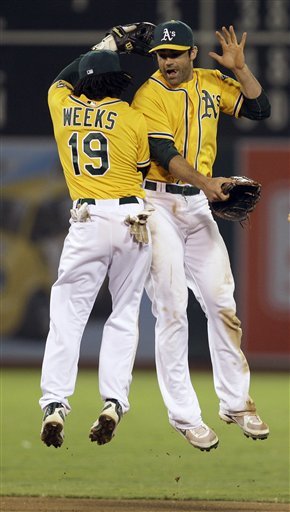 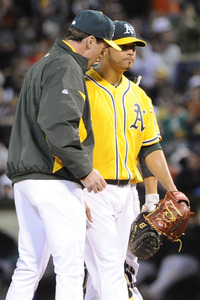 Game 2: NewBob (aka Recent Robert) questions GheeChairMo MooseCostco about why his defensive struggles  continue even after having grown a second arm and becoming able to use two gloves in the field.

We need the backs of these to spell out "WTF Selig?" 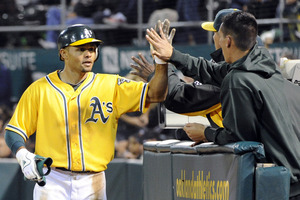 The A's used an extra-Crispy 4-run 5th to burst the orange-and-black balloon. 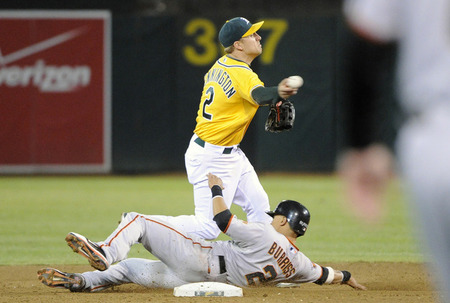 A snappy DP ends Saturday night's game with a flourish, and the A's are two-thirds of the way to Broom Lake. 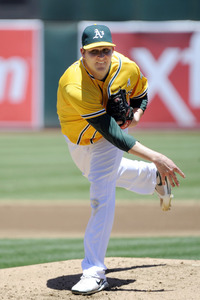 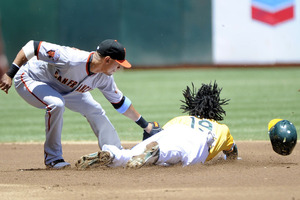 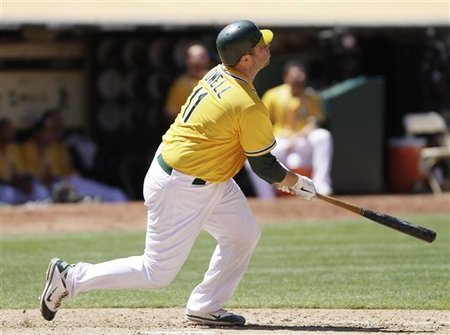 Landon in the bleachers: Powell provides the turnaround and rings SF's bell... 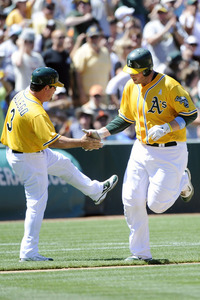 ...but then Gags has to get his kicks somehow. 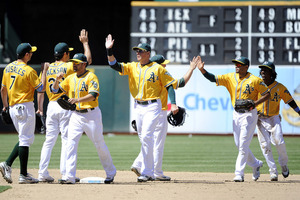 Game 3 ends with the same Kool and the Gang song as the first two, and the Athletics' jejune swoon appears ever smaller in the rearview. 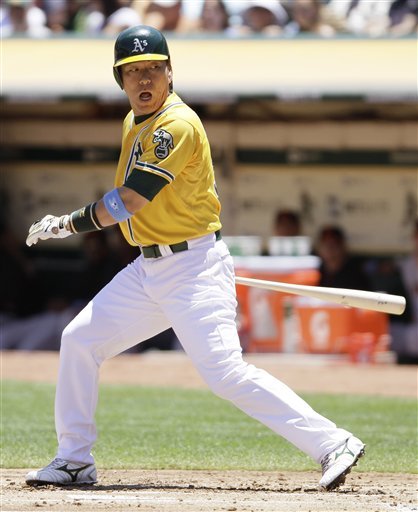 ゴジラはそれを行います!!!  Don't look now, but you're playing left field and we're off to the East Coast to take on the Mets for interleague play at Citi Field @ 4:05PM Pacific Time Tuesday!   Watch for Danny with silver threads and golden needles just before post time and enjoy your off-day soak in these scintillating sights of our spectacular sweep of the swine-scoundrel Giants.