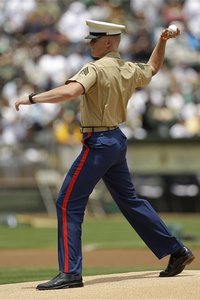 On Memorial Day, the A's fell over like toy soldiers. 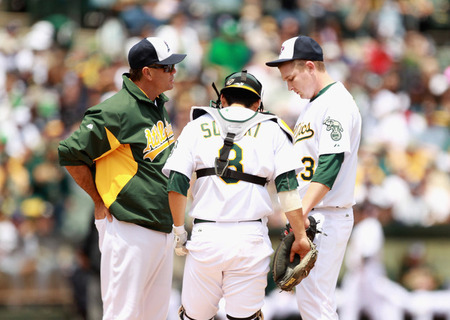 "I'm real sorry dad... that ball to Teixeira was supposed to be outside."

Of course it matters that Trevor Cahill got completely gaffled by the Yankees in a disastrous first inning in which he surrendered 3 runs -- 2 on a monster HR from A's-destroyer Mark Teixeira -- before people were even in their seats this afternoon.  Trevor is going to have to learn to navigate the NYY lineup someday if he is going to be a truly elite-status pitcher, and to his credit he really settled down until the Yanks got to him again in the 7th for another run... they would get Ziggy for another in the 9th but by then the swallows had already left Capistrano, so to speak.  What matters more is the fact that the A's never even really threatened in this one, making the stem-cell-rejuvenated Bartolo Colon look like his 2005 Cy Young self.  In fact, Ken Korach referred to Colon's outing as "the best we've ever seen him" and I'd not be inclined to disagree. 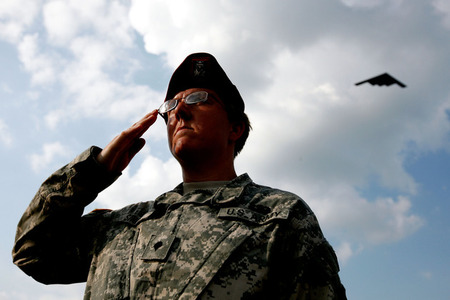 For those about to ground weakly to second, we salute you.

The A's bats took the full holiday off today, amassing all of four hits vs. Colon -- one by Suzuki in the 8th was really misplayed by Robinson Cano and should have been an error -- evening his record to 3-3 and furthering his unlikely comeback.  Cahill allowed only 4 hits himself in 6.2 IP and outside the crappy first was decent, but the obvious truth of baseball has not changed and never will: if you don't score you can't win.  I'd write about how the A's threatened and couldn't break through, or how they blistered every ball right at a Yankee glove, but that's not what happened.  The biggest threat in this game was fan deafness from the fighter jet flyover at the end of the National Anthem... outside of that, there wasn't much thunder -- or even a drizzle -- going on with the home sticks today, I'm afraid.  The A's managed to get Pennington to third for a mini-tease in the 9th after he led off with a double, but he died 90 feet away from the plate.  Well, OK... he didn't die, he was just stranded there to end the game. 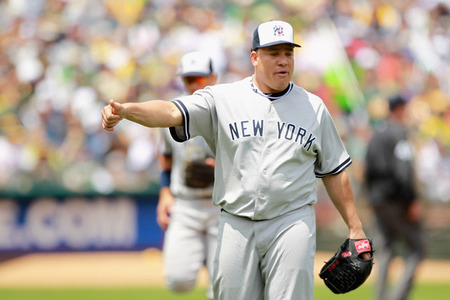 Bartolo Colon was so efficient he was able to pitch a complete game shutout -- his first since 2006 -- and still make his scheduled 5PM appointment to portray Dreamworks favorite Shrek for handicapped fourth graders in Walnut Creek.

So after a complete sleepwalk against Colon and another dip below the Siren-like .500 mark, the A's will face the other half of the NYY "Sunshine Boys" pair tomorrow as Freddy Garcia takes on Brett Anderson at 7:05PM.  Dan will be here to supply the thread power and I'd like to believe the A's will show a little more of theirs than they did today as May closes out, because they are still only a couple of games out of first place despite their offensive attack's resemblance to a Zombie film for the first third of 2011.  If they win tomorrow, they can still end the month with a winning record.