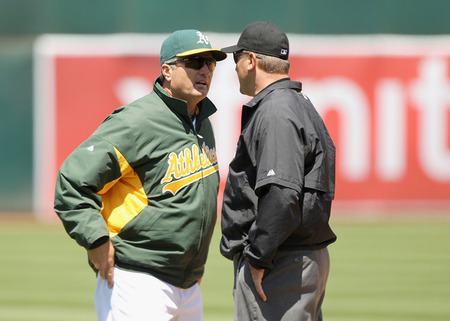 "I just came out here to ask you... are my communication skills all right? 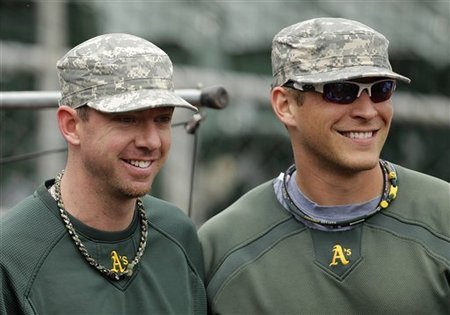 It's hard to camouflage: the A's are playing well since Closergate.

Riding their first 4-game win streak of the season, the A's welcome in the NYY for three games that will be a fairly significant test of what this ballclub is really all about. The Yankees have obvious pitching issues but possess a lineup of terror -- they lead the world in HRs and are pretty stacked 1 through 9. If the A's -- who luckily have their three best arms lined up for this series -- want to finally get some separation from their old flame .500 and get next to some of the sexier potential partners out there like .650 and of course the lovely .721, doing it vs. the Evil Empire would serve a dual purpose of both winning and beating a team whose defeat can only build confidence for the remainder of the season, which is now exactly 1/3 over. 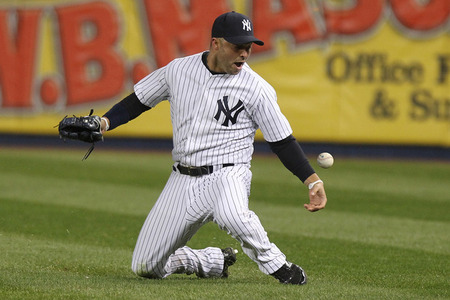 The A's welcome in some old pals wearing the wrong uniform.

Trevor (The Babyfaced Pterodactyl Assassin) Cahill takes the ball, opposed by Bartolo (How Is This Guy Still Pitching?) Colon, who has experienced a renaissance of sorts in his first two months as the latest Pinstripe Reclamation Project. Cahill has a checkered history with the Yanks, having been oft-pounded by them, but today would be a good day to -- in the words of the late great Gil Scott-Heron -- shut 'em down. Like I said this isn't the Orioles, but winning against the better teams is something the A's will have to do if they are to reach the Promised Land of the 2011 postseason. 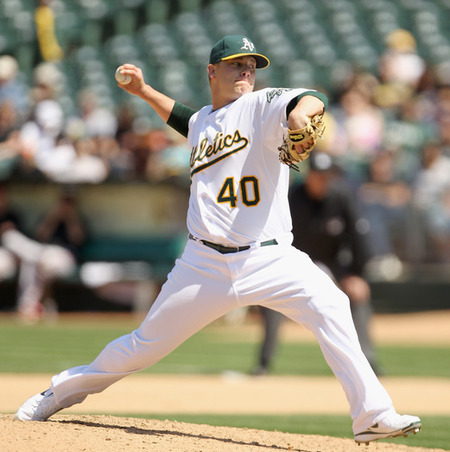 Having this guy back and healthy can't hurt.

The A's bullpen is rounding into form with the return yesterday of Andrew Bailey... the 'pen was a huge factor in the sweep of Baltimore, tossing 11 scoreless innings in the 3 games, and needs to be super solid to get down with Los Yanquis. Obviously we'd like to see complete game shutouts from Cahill-Anderson-Gonzalez, but against the patient Yanks -- who take so many pitches they make Daric Barton look like Vladimir Guerrero -- it seems likely our relievers are gonna have to be on their games for us to compete and win these games here. 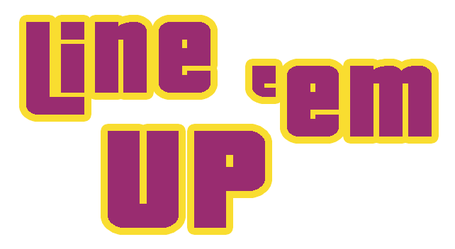