At AN, we all seem to have something in common, and if it is anything, it’s a loathing of Bob Geren. It has been well documented on the blog the incompetencies of Geren, and that is past due to move on. Further, it is not just us, former A’s, players and coaches, have come out recently about how much distaste they had for Geren. So we’ve had everyone from the fans, to the players, to those who are no longer in the organization calling Geren out. Yet, Geren is protected on high by Beane and Wolff.

This led me to ponder; has our management tree of knowledge grown old and defunct? Are they coasting on their past reputation, no longer the top of the line front office that they were portrayed in Moneyball, and now living off their image?

Should Billy Beane be replaced? 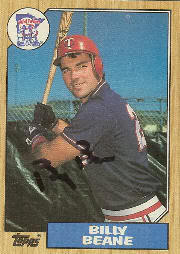 We all can admit that the front office record since the ‘golden years’ has been pretty dismal. Despite a flash of brilliance in ’06, the team has not played very well on the field. The pitching has fluctuated between good and great, but the offense has been bad to worse, with a distinctly downward trend. Every patch the FO has made to fix it seems to make it spiral deeper into the abyss. For an organization that was touted for its offensive philosophy, it seemingly has become something akin to the Giants when it comes to developing hitters from within (i.e. we can’t, therefore, we get them from elsewhere). On the team right now, we have two hitters in our starting lineup that are ‘home grown’: Kurt Suzuk and Cliff Pennington, and neither is a good offensive player. 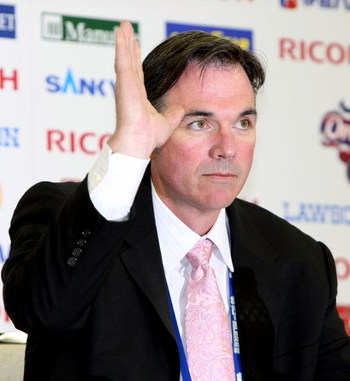 The roots of the A’s offensive woes have to come from somewhere, with the most likely culprits being the A’s poor drafting record, (again, from a team that was touted as being draft geniuses), the organizational hitting philosophy, which has not translated into actual hitting, and the front office’s approach to player acquisitions, which has long centered around unhealthy players with limited power capacity but decent (at least minor league) on base skills. Unfortunately, that has resulted in a lot of trips to the DL, and a lineup full of guys who watch strike 1 and 2 down the middle, and swing at strike three out of desperation.

Truth be told, we do not know how much of the organization is run by Beane, or run by Forst. We all remember the rumblings the past few years that Beane was more interested in Soccer than Baseball, and that Forst was the one who was really running the show.

For a man paid to unravel the mysteries of baseball, Oakland Athletics general manager Billy Beane spends a lot of time thinking about soccer for free.

There are as many as five – count 'em, five – hours each day spent listening to soccer podcasts ("on long walks with my dog and during my commute"). There are TiVo'd Premiership games and the heartache that comes with a devotion to Tottenham Hotspur.

Then there is the nightly tug-of-war with his wife.

"She wants to watch the baseball highlights on (ESPN's) SportsCenter. I want to watch Fox Soccer Channel," Beane said.

It might very well be a time for a major shakeup of the A’s front office, which has gone without such impetus on them, (instead harvesting faith from the remaining A’s loyal), and a new generation of brains brought in to man the ship. But, I fear that this will never happen, nor will the threat of it happen, due to Beane, his small ownership stake, and Wolff and Fischer’s complete reliance on Beane and Crowley.

The A's are dealing with both sides of the nepotistic coin, with seemingly opposite reactions, but similarly disappointing results. 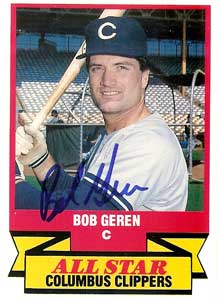 On one hand, the A's have a Manager, Bob Geren, who, despite his clear incompetence, got the job and keeps it because he is a good friend of the General Manager, Billy Beane.

On the other side of the coin, the A's have a managing partner/owner, Lew Wolff, who got the team in great part because he was introduce to it by Bud Selig, the commissioner of Baseball, because he was a former fraternity brother of Selig.

But unlike Geren, who gets to keep his job because of incompetence, Wolff's dream, a stadium for the A's in San Jose, quite likely because Selig views it as a conflict of interest to show Wolff any sign of favoritism, and thus does nothing, in favor of the status quo (which suits the Giants just fine, and really no one else, just fine).

In other words, nepotism is hurting the A's in two distinct and different ways. It keeps incompetence around, and blocks the organizations best opportunity for getting better.

We have seen the organization’s medical team shook up several times in recent years. We have seen hitting coaches fired year after year for failing to turn our offense around. We’ve had other coaching staff members leave us, free agents scorn us, and prospects turn superstars once they’re out from our clutches. Aside from the stadium, the common thread is the front office. That’s where we should look, and that’s where we need to put the pressure on.

So yes, I say it. Produce or get out, Billy. If you won’t lead this team to victory, then we need someone who will. And please, turn off the Quakes game, there’s baseball to be played.