There Is But One Godzilla: Matsui Walks Off the Rangers as A's Use 3 HRs to Take Series, 5-4

Share All sharing options for: There Is But One Godzilla: Matsui Walks Off the Rangers as A's Use 3 HRs to Take Series, 5-4 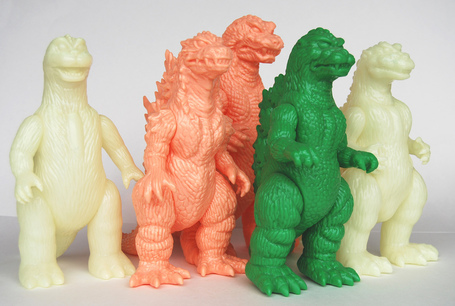 All other Gojiras pale in comparison to Green Gojira. 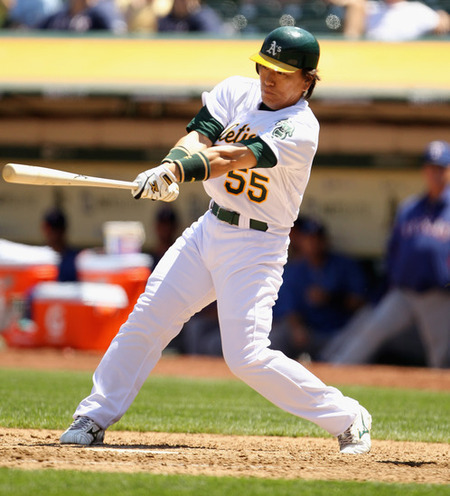 In a tremendously sloppy, tremendously tense ballgame like this you look for stuff to point to that swung it one way or another.... where one team's fortunes hinged along to the next sequence that made the difference in their favor. This was a recap I had to wait til the final swing to write, for a game that you literally could not tell how it would turn out until it got turned out, on one majestic clout off the bat of Godzilla. 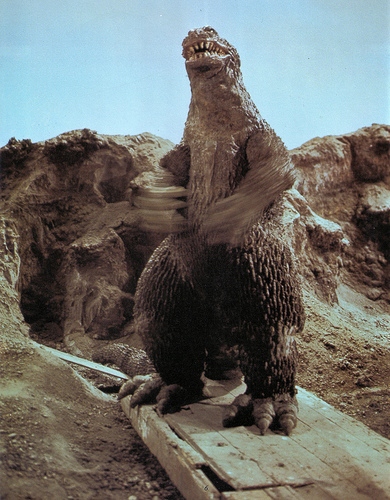 Mothra will be back, but for now the first round goes to the A's.

For me, there are any number of things that made this win happen, but none larger than the top of the tenth, which saw Grant Balfour live up to his name by walking the bases loaded with 2 away.  The fastball off the corner clocked in at 93, just enough to provoke a wild swing to end the inning that might have generated a 93 mile an hour wind courtesy of pinch-hitter Yorvit Torrealba.  This was a puzzling choice to me, given that the TV said Torrealba had but one pinch hit in his whole career up to that point, but it was what it was and what it was was a scary inning that ended up no harm, no foul. 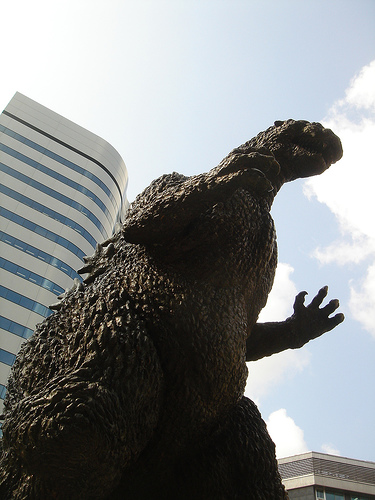 This game would have been heartbreaking and supremely frustrating had the A's lost, but thankfully it all worked out. With four unearned runs, courtesy of Brandon McCarthy doing his best to sabotage an otherwise decent outing with 2 errors, the Athletics were really flirting with disaster letting powerhouse lineups like the Rangers' have extra outs. It occurred to me watching the early innings that Texas is a club that always seems to score when you let them have gift baserunners; they just do not not make you pay. So when it went to the home 8th with the A's down 4-3 (the Kurt Suzuki post-fatherhood RBI meter reaching 5 after his 2nd HR since the birth of his daughter), I was worried. 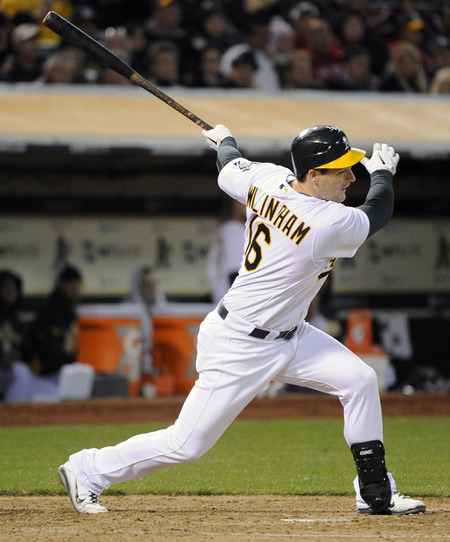 Hello, Compliant Department, can I help you? Extra base hits in clutch situations? Coming right up.

Enter the Hammer, whose massive bleacher blast to left in the 8th knotted it all up at 4s. Willingham did strike out with the winning run 180 feet away in the 9th, but once Balfour was done giving us all chest pains in the 10th all that was left was Darren Oliver's first pitch of the bottom of the inning and the Matsui Moment to follow.  Once the ball landed mostway up the RF bleachers, the A's had 3 of 4 from their foremost division rival and as huge a morale boost a team could almost wish for two days into May.  If it does turn out that this is a year for the A's to break out of the Mediocrity ".500" Loop and make it to postseason, we will look back on that swing as one of the turning points that got us there. 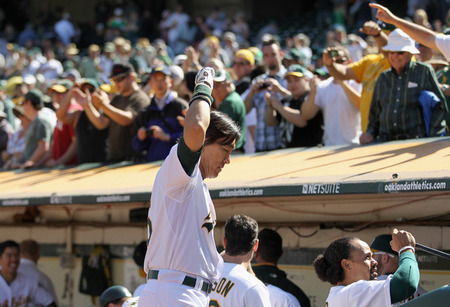 It doesn't get any easier tomorrow, though... the hottest team in the AL comes in for 3 starting Tuesday Night. Join Dan for A's-Indians at 7pm and let's kick their asses too; I kind of like this "contending, not pretending" vibe.