NOTE: The attempted start time for this game has just been announced as 7:35 8:05 pm 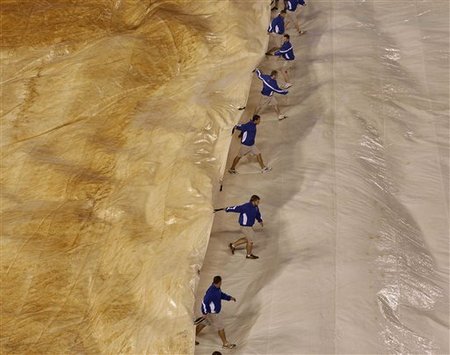 These are the seasons of emotion, and like the winds they rise and fall
This is the wonder of devotion - I seek the torch we all must hold.
This is the mystery of the quotient - Upon us all a little rain must fall
It's just a little rain... 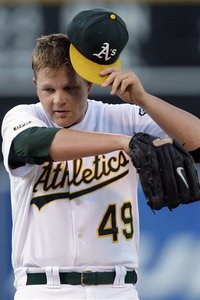 It's raining pretty hard in Oaktown whilst I write this, so who knows if tonight's battle betwixt the (1st place) Slegtastic Sleggos of Slegville and the home nine (3rd place, 1.5 out) will come to pass. I just came back from a Credit Union/BBQ Hut/Starbucks run and boy it's a-comin' down. If it somehow does get going, it'll be Brett Anderson and Joel Pineiro taking the hill in the first of a two-game set. And somewhere, DanMerqury prays he won't have to do doubleheader duty on Tuesday. 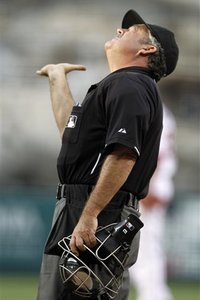 I hope the umpires exercise caution tonight, because I don't want anyone to end up like David Wright, who has a stress fracture in his back, yikes. So much for us trading for him... unless this injury automatically qualifies him for "True Athletic" status and the Mets are forced to give us him and Carlos Beltran for one of Coco's Afro-picks and Jerry Blevins. 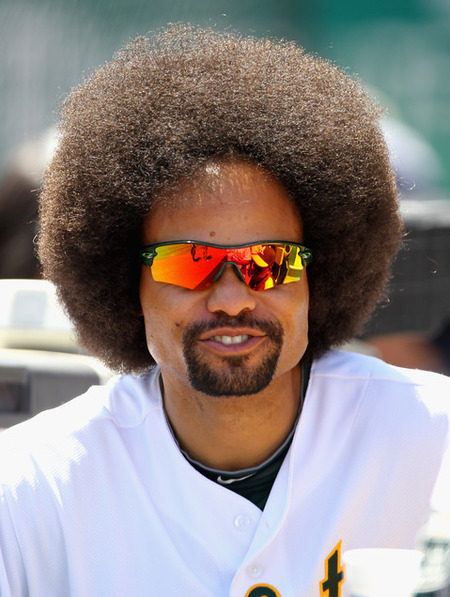 It's just never not time to run this picture.

We may not have a game, but if we do at least we know we'll have lineups to play in it... 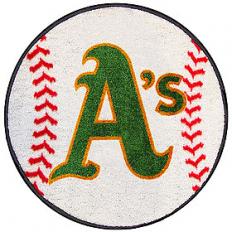