The Weaver and the Factory Maid: A's Sewn Up by Angels' Ace, Lose 5-0

Share All sharing options for: The Weaver and the Factory Maid: A's Sewn Up by Angels' Ace, Lose 5-0 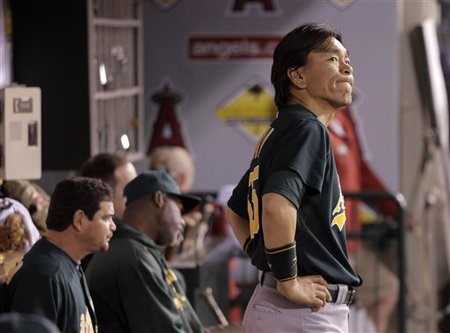 You know you pitched a good game when you put the opposing team's coaches to sleep on the bench. 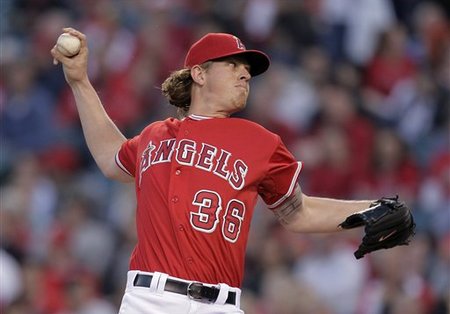 Can we just forget about this game?  Let's just say it was the most mismatched one of the year -- Jered Weaver looked like he could have thrown the ball behind his back and got the A's out tonight -- and just let it go, OK?  If our boys make it a habit of making so-so pitchers look like Cy Young, when they run into dominance such as that which Weaver had on display this evening they end up looking like they should be going up to bat swinging a bowl of Udon. 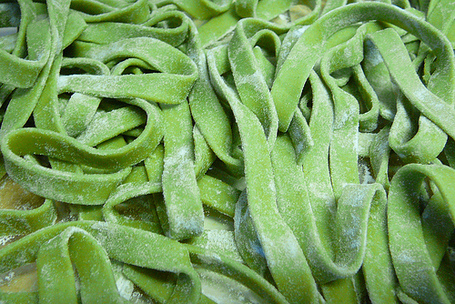 A visit to the A's bat rack tonight yielded nuthin' but noodles.

Gio Gonzalez (2-2) went 5 and was shaky from the onset of the second inning tonight, not that he could have done a thing but pitch a perfect game to keep us in this one.  The Angels had all they'd need within six pitches of the start of that frame, with Howard Kendrick's single plating a pair.   You could almost hear the sound of a million remotes clicking over to the Sharks game as soon as those runs crossed the plate, and if the A's are ever going to see a resurgence of their product it would certainly help if their fanbase wasn't essentially justified in losing all hope as soon as the other team scores a run. 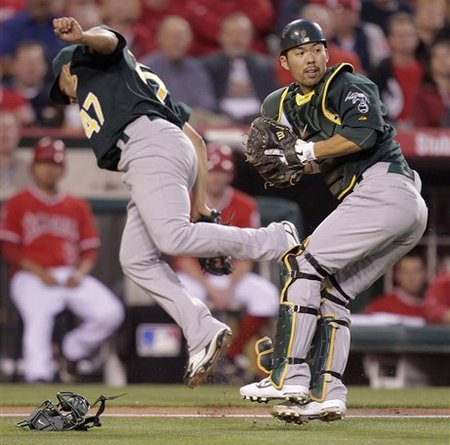 There isn't much more I could say that wouldn't make you wanna cough up your cookies, so I will just say that Weaver (6-0) gave a complete game command performance -- I think he threw about 19 pitches total for the game -- and Coco Crisp remained roasting hot with a 3-for-4 night that went for naught.  The A's mounted their usual teA'se in the ninth, putting two on with one out, but it was strictly Carole King at that point.  Anyhoo, we do it all again tomorrow night when Brandon McCarthy takes on rookie Tyler "I hope he sucks as bad as Facebook" Chatwood at 7pm... look for Danbot with game threads around then and forget this miserable display ever happened.