Is Clutchness Correlated With Any Offensive Traits?

Share All sharing options for: Is Clutchness Correlated With Any Offensive Traits?

It's long been a point of contention—are patient hitters like Jack Cust or Daric Barton less productive than their free-swinging brethren when it counts more? And to zoom out and get more general, are there any offensive traits that correlate with being clutch?

I decided to calculate correlations between a whole set of assorted offensive stats and clutchness, just to find out. To measure clutchness, I used WPA's clutch score, which compares a batter's context-dependent offensive production to his context-independent production, to see if he performed better when it meant more. Click to enlarge. 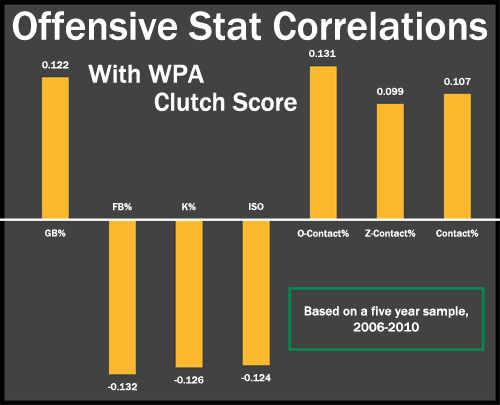