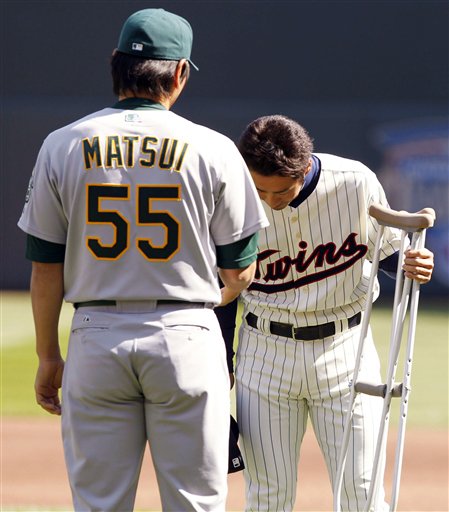 "Fear not, Tsuyoshi-san. I can heal broken bones instantly with my special Gojira powers. Now toss away your crutches and walk, I say!" 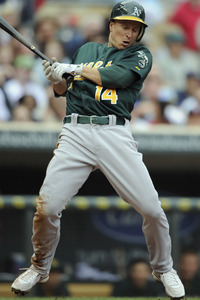 Good afternoon! Is it my first game thread of the real season? Why, you bet your BABIPpy it is! Today our boys, fresh off their first series win of the young campaign in The Land O' Lakes-n-Jim-Thome's-Arms, travel yet deeper into the AL Central -- this time to The Windy City for the first of three road-trip-culminating games vs. the White Sox. Yes, the A's are on the South Side of Chicago, which I've heard is the baddest part of town... so I hope they brought pepper spray or some brass knucks. 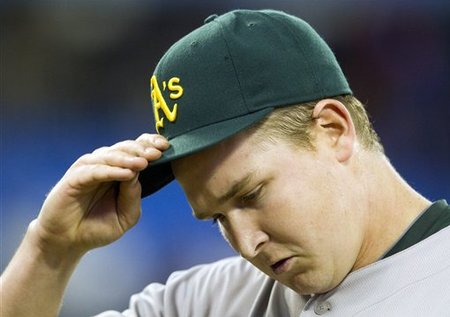 How on Earth am I supposed to spend all this money? There's only so many Jar Jar Binks action figures out there!

I guess I should mention that the A's signed Trevor Cahill to a 5-year, $30.5 million deal today with two options totaling an additional $26.5 million, making him the richest Pterodactyl of the Post-Paleolithic Era. Now all we need is to ink Gio to a long-term contract and we'll be All Aces. In other, less propitious news from 2004-2011, Rich Harden was shut down again, officially making him the biggest drain on Canada's socialized health care system since Alanis Morissette had her cats botoxed. 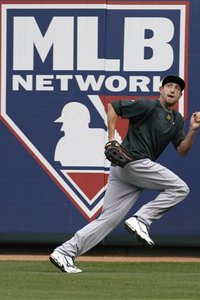 Our 6th outfielder always enjoys fungo practice when the coaches use the severed, shrunken head of Alex Rodriguez instead of that boring old baseball. I got it!!

By the way, today is kind of historic, a rare occasion. For just the 21st time in MLB history, two of the 20 pitchers ever to have thrown a perfect game will square off against each other. The A's send Diamond Dallas Braden to the hill to take on Mark Buehrle in The Battle of the Perfect Ones. The last two guys to do this were Randy Johnson and David Wells, in 2007. Apparently this has spooked Adam Dunn and AJ Pierzynski (who are obviously as scared as incontinent little boys in a House of Horrors), and they will not play today. 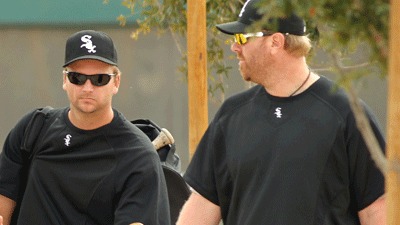 They have better things to do, such as cowering and trembling in the home dugout and hiding behind Ozzie Guillen every time Dallas throws a pitch.

First pitch is at 5:10 pm, as A's pitching coach Ron Romanick looks to see his starting staff lower their ERA so far to -2.74 on the season. Seriously, the pitching -- especially the starters -- has been as lights-out as curfew time in prison the first 10 days... even the bullpen, which wasn't so great the first few games, has stepped it up and now the whole group sports a sub-3 ERA (2.96) between them. If you were into drug metaphors (and friends, I AM into drug metaphors), you could say that this is a season where if the A's can get any hits whatsoever, they will end up really, really high. 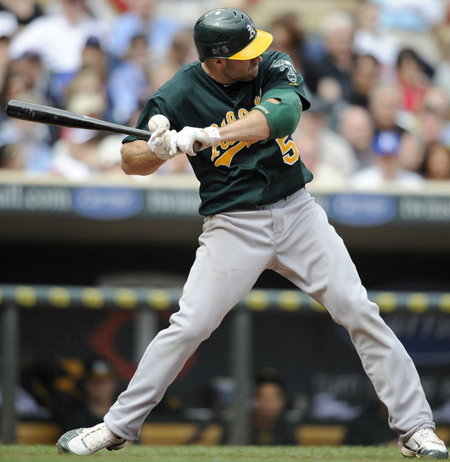 Hey! You there! Quit Bogarting that Louisville Slugger, will ya?!? If you're not gonna use it, then please pass it along to someone who will.

I'll post the lineups when they become available (usually ten seconds before the game begins) and then you guys can fill up thread after thread with bon mots as the A's try to fashion their first 3-game win streak of 2011... and just 17 more after that ties the record! We can do this!!! Can I get a 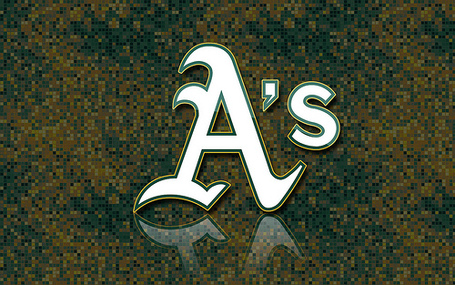 Well, all righty then.