Core Activity: Your Turn to Ask a Legend

Share All sharing options for: Core Activity: Your Turn to Ask a Legend

UPDATE: For those of you interested in what other blogs/analysts are saying about the 2011 A's, here's a link to a preview (Yankees based site) that sought my input as part of their pre-season analysis of the AL West. 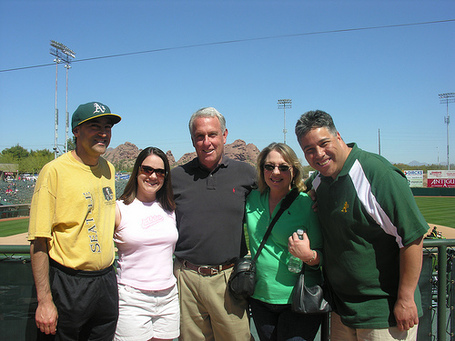 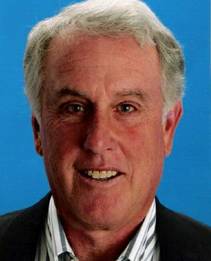 The J will spend St. Patrick's Day with the Double K, and he wants your say in the reh-par-tay.

As many of you are already aware, we are headed to Spring Training in AZ in just a few short days and have been lucky and blessed enough to have been granted an audience with a truly legendary figure of Athletics' lore: the A's radio play-by-play voice and a truly pre-eminent figure in his field, Mr. Ken Korach. 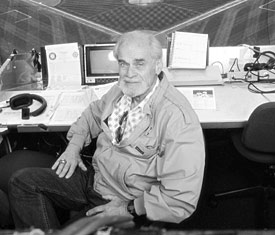 As you all know, Ken joined the A's broadcast team in 1996, when he was first partnered with the man who many of us believe to be the all-time foremost practitioner of the art form, Bill King. Upon Bill's passing in 2005, Ken took over the main seat in the broadcast booth and has been daily providing us all with a really good reason to go on living -- at least during the months from March to October -- ever since 2006. Now flanked by Vince Cotroneo, KenKo brings something you simply cannot teach to the practice of calling baseball on the radio; in addition to all the preparation and knowledgeability necessary for and indispensible to the job, he gives it -- through the infectious magic of his one-of-a-kind voice -- a sense of the childlike wonder we all have felt whenever we attend, watch, or listen to a ballgame.

Whether it's the description of the unfolding of a unique, once-in-a-lifetime event like Dallas Braden's Mother's Day Masterpiece or just another mundane Monday matchup at the Coliseum, we get through KK's attitude and inflections a sense that we are seeing/hearing the action with the wide-eyed wonder and irreplaceable enthusiasm we felt when we were first drawn to the game we adore so much. A sense of a time in our lives when we were younger and more open, and the world presented only wondrous possibilities to us that made each new day an experience to be embraced with all the flavor and fervor of childhood and innocence. And because it's a game where you truly see something universally unprecedented and utterly unpredictable in each and every contest, baseball of all the sports might be the most adept at bringing this aspect of itself out into the light, and Ken -- of any broadcaster I can think of -- has enough natural ability at it to make listening to the game as close to a Field of Dreams as anyone could ask for. 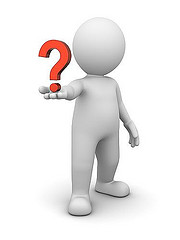 Ask, and ye shall receive.

So this brings us to the purpose behind this post: Ken's been fantastic enough to grant yours truly an opportunity to interview him for AN on March 17th and I want to open the questions to you, the community, to in effect let you guys "do the do." Of course I will cleverly -- or at least with whatever degree of cleverness that a dumbass like me, with a capacity for real baseball knowledge relative to others on this blog that would on a good day fit neatly into a thimble, could muster -- stir in my own inquiries and observations at (I hope) relevant moments, but I thought it best to open it to you guys and let you all have a crack at asking this amazing person whom we all treasure whatever questions you've always wanted to ask him. An opportunity, on the cusp here of what might turn out to be a truly memorable season for the ages, to make this a collective endeavor in the most informatively democratic spirit possible. 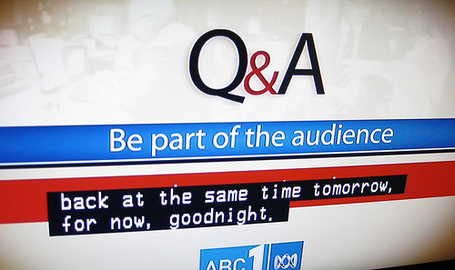 Please use the comments section below as a repository for your Q's for Ken; I will choose the best and most potentially insight-eliciting of them and get you the A's from the A's play-by-play deity on St. Patty's Day, merely ten days from now. Thanks for doing so and for reading this in the first place.

"May you be a half an hour in Heaven before the Devil knows you're dead."
--Josh/EN