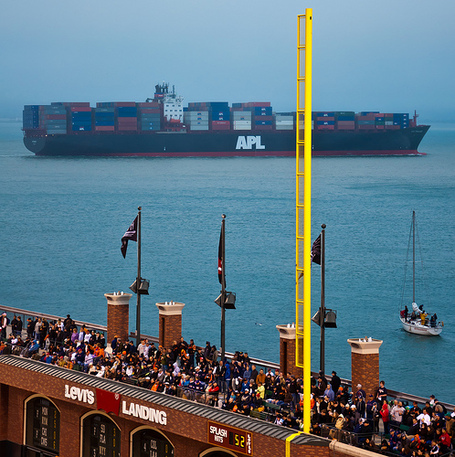 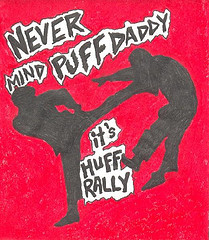 In a game that (most fortuitously) didn't count, the Giants bested the A's on the strength of an Aubrey Huff HR into the Bay off an eye-high Brett Anderson fastball... Huff had to decide instantaneously whether to swing at it or watch it sail over Kurt Suzuki's head, and unfortunately for us, he chose the former.  Outside of a misplay by Josh Willingham on a catchable fly ball that allowed the Giants to score their first run, this was a fairly crisp game.  Coco himself accentuated that theme with a couple of hits before being lifted for a pinch runner late in the action.  Daric Barton knocked in 2 with a 2-out single for the A's, who wasted a leadoff DeJesus double in the 8th that would have tied things up. 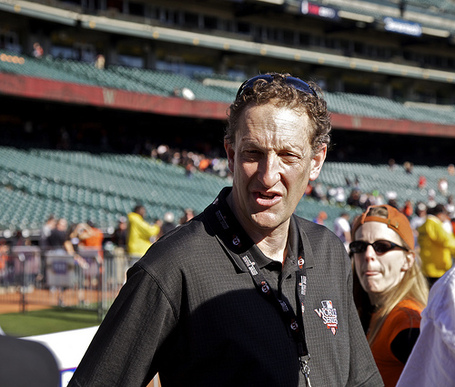 I had no idea Larry Baer was an A's broadcaster when he was in college. He sure has the face for radio, this much is obvious.

Brett Anderson went 7 but took the loss -- he looked OK with a snappy curveball at times and was touching 92-93 on the gun. Brian Fuentes pitched a scoreless 8th. Anderson seemed to have issues closing out innings, as the Giants kept mounting little rallies with two outs, one of which led to 2 of their runs on Pat Burrell's double that scored Huff and a pocketful of Posey.  Overall it was a quick game and I think (Fosse concurs on the radio as I type this) this helped both Matt Cain and Anderson (who struck out 6) with their pacing a few days before the real games start this weekend... it also felt more like a regular season game because of the large crowd, announced at 38,000+.  I hope we get around 30,000 tomorrow night for the first Coliseum game.  Like the Jackson 5, I'll be there!  Join DanMerqury, who recently turned 10111, for gamethreads of glory starting around 7pm as Gio Gonzalez faces Barry Zito. 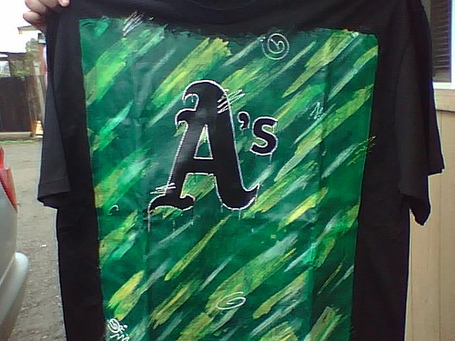