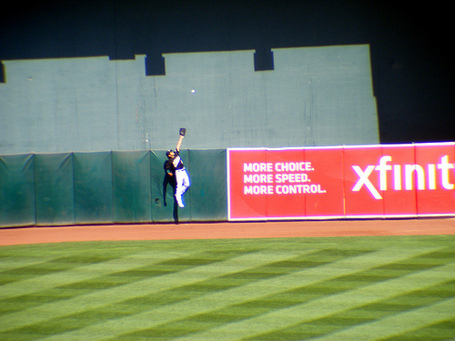 After 2, it's 1-1 after a somewhat shaky first for Anderson and a misplay by The Hammer. The A's got it back on a single by The Unicorn and a couple of bloops by the law firm of Kouzmanoff and Pennington, the latter of which was somehow pitched to even though Geren just said to Ken and Ray that Anderson -- who was in the on-deck circle when Cliff hit -- has been directed not to swing when he bats.