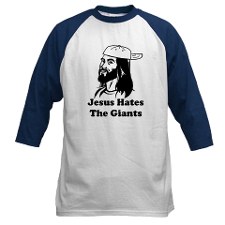 Whatever happened to "Love thy neighbor as thyself? 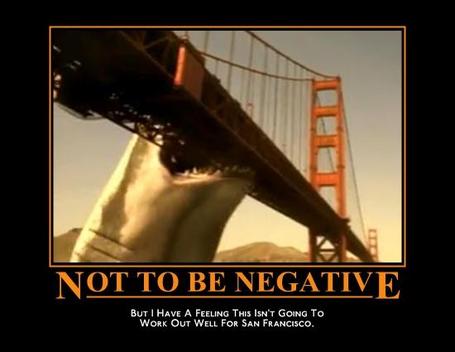 Think about it: where would we be? I know you have a pretty good idea already but in case you don't and you're stuck, I'll help you out: we'd be building a state-of-the-art facility in San Jose, with new and plentiful (well, more plentiful than Oakland's, anyway) revenue streams and with -- in all likelihood -- more expensive, successful and known players filling out the lineup on the way to a season where we'd be the prohibitive AL West favorites. We might be in a position to be able to negotiate a radio deal for a new, powerful flagship station -- which prospective advertisers would be salivating about -- from a standpoint of far greater strength, and maybe we wouldn't have to go running to low-power stations to take the games while the powers that be in the situation weren't busy blackmailing us because they know we're down on one knee as a franchise and therefore appear more ripe to be exploited and extorted further into a hole.  Maybe the press about our franchise wouldn't always begin its coverage with references to just how crippled and damaged the A's brand has become, as an increasingly-irrelevant footnote to the metropolitan area it once ruled with forearm-bashing might and stolen bases taken at will.  Why has this happened? Stuck? I'll help you out cuz that's what I am here for. 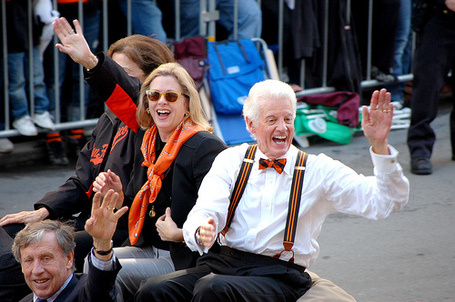 Neukom? I barely knew him.

This has happened because the San Francisco Giants have made it happen, that's why.  In 1992 they were given the territorial rights to Santa Clara County (which includes San Jose) as a charity gesture from then-A's-owner Walter Haas, Sr. (RIP), who let them have those rights so they could build themselves a stadium in SJ and not have to move their franchise to Tampa, Florida or Nome, Alaska or wherever it was.  In short, Haas, out of the goodness of his heart, did something that as a competitor of the Giants he did not have to do and gave them a gift so they could help save their franchise in the Bay Area.  If he'd have known what they would later do with those rights, he might not have been so quick to generosity and may have, instead, driven a pointed stick -- perhaps a Candlestick for the pure symbolic power -- right through their orange and increasingly black hearts on the spot. 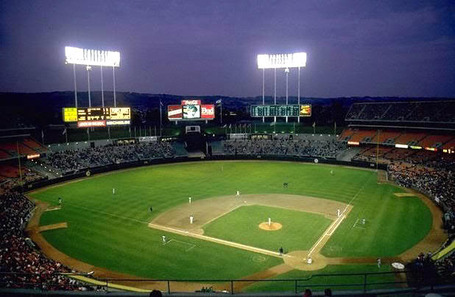 Not that long ago, the glass slipper was on the other foot.

Fast forward to 2011 and the Larry Baer worm has truly turned: the Giants, by some twisted and sick misalignment of the Universe having won their first championship since moving to the Bay Area, now smell the blood in the water and are doubling down with both clown shoes, insisting that San Jose (the home to their precious minor league affiliate!!! OMGWTF!!!) is the most vital part of their plan to reap the new fans in the South Bay they made with their nausea-inducing astonishing achievement and they are not budging on allowing the A's to move there.  And as if that wasn't predatory enough, Bill Neukom and Larry Baer are going so far as to now insist that Walter Haas didn't give them anything all those years ago when the A's were the best team in sports and the Giants were getting the 6,000 a night at The Stick that we are getting in the ColiMausoleum these last few woebegone years. Baer says the rights came with the ownership deal from MLB!  That's a history so revisionist and carrying with it such a tone of deceit and hubristic self-aggrandizement that maybe Baer and Neukom are in line for commentator spots on Fox News when this is all over... they sure have the "ignore the facts to further the agenda of wickedness and illusion" and "no good deed goes unpunished" parts ready to go. 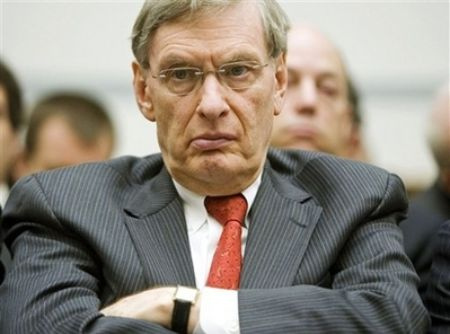 The Commissioner takes a break from sitting on his hands to fold his arms and scowl.

So if you're wondering why we've reached the two-year anniversary of the MLB Blue Ribbon committee on this matter that still cannot reach a conclusion that three fourth graders could have gotten done in an hour and still had time to visit the ice cream truck afterwards, you have your answer: The Giants.  None of this depredation would have come about if they would have just done the right thing and ceded us the South Bay so we could resurrect our thing and take it to the mountaintop as our late owner's graciousness in 1992 has enabled them to do.  And as bad as all this is, what's even worse may be yet to come -- Monte Poole touches upon this in his article from over the weekend in which the ugly specter of the "c" word (no, not that "c" word, although Baer and Neukom are doing their best to earn the title) is raised.  A worst-case scenario, true, but more unlikely things have certainly happened... a part of me (the irrational, victimized part that sees conspiracies and collusions real and imagined poking their little gremlin heads out from under every concrete slab in the Coliseum) wants to believe that this has been the plan all along: to allow the conditions to create themselves by which the A's could be eliminated and the power players in the drama will have done their best to make it appear as if it was all natural causes and had to be that way for the good of MLB.  Please, don't let it happen.  If it did I might set myself on fire outside AT&T Park, or at the very least I'd move to New Zealand -- taking the bread and leaving the illusory, vicarious sports circuses behind forever. 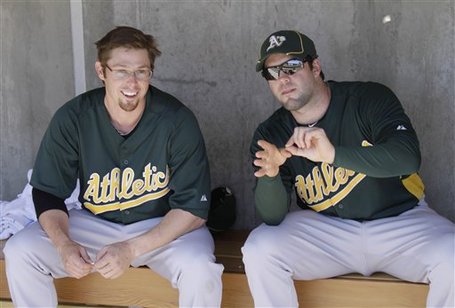 Come for the rant, stay for the game.

Sorry about the spew... I know much of this is old hat and known quantity, but I wanted everyone to go into this series fully remembering where the butter is really being breaded in this situation and there seemed no more appropriate time to let it fly than right before we venture to their palatial ballpark -- which they were only eventually able to build because we saved them from having to move away by hooking them up with the T-rights that they now wield as a competition-crippling Sword of Damocles over our heads -- to play their sorry, look-at-us-we-won-a-championship-with-Cody-Ross-as-our-big-threat-and-now-we-rule-the-Bay asses.  It's official: I now hate the Giants more than the East Coast douche teams like the Yankees and the Red Sox and I hope they never see the postseason again for 756 generations. Their recent success -- much as the "milestones" achieved by the swollen-headed sociopath (currently on trial) they protected so he could tarnish baseball lore with his mendacious cheating and get away with it -- is tainted beyond good taste by their thoroughly disgusting lack of grace and basic honesty, as usual. 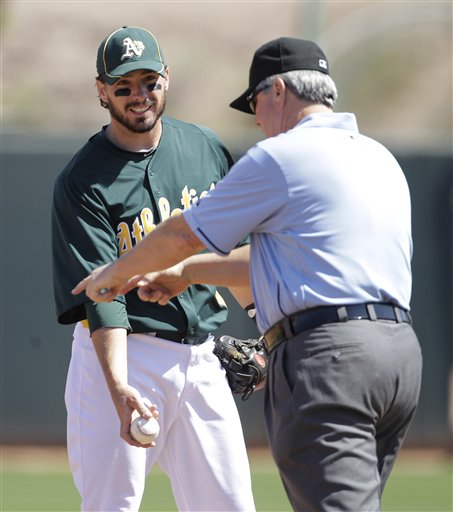 Let's bury the Giants right there, under second base.

Matt Cain opposes Brett Anderson tonight, and I will try to post the lineups as they become available. This game -- as well as the pre-game and the first Chris Townsend A's Talk postgame show of 2011 -- is on the radio on KFRC 1550 AM pending the resolution of the (ridiculous) KTRB situation described in the Rich Lieberman article I linked to above.
LET'S GO