Share All sharing options for: Visualizing Home Run Champions Over the Years

A couple weeks ago, I created a visualization that overlaid the strikeout rate of every Hall of Fame pitcher on top of the average strikeout rate of the era. There were requests for a batter's version, so here it is. Click to enlarge. 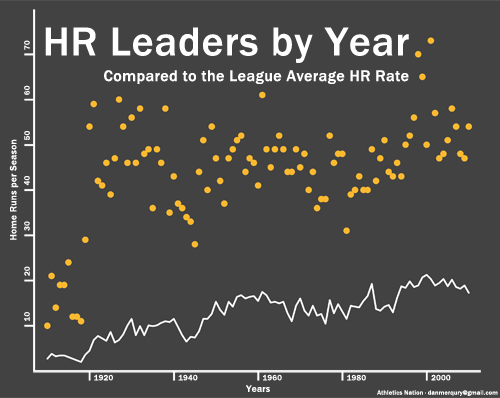 Because of the wide variety of skillsets for batters, I decided to change the focus from Hall of Famers to each season's home run king, plotted over the average home run rate of the season. The graph starts in 1910. As usual, methodology notes and other observations are below the jump.