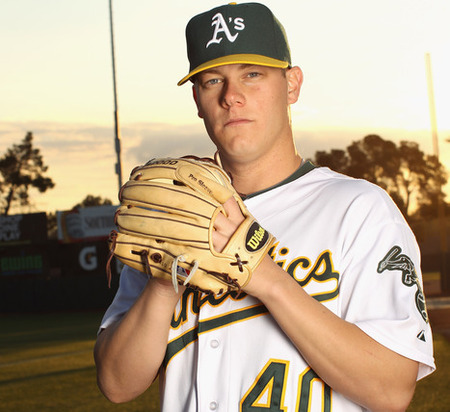 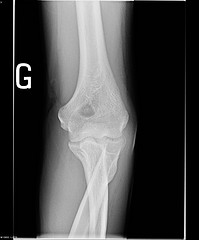 Well, it wouldn't be the A's if these things didn't happen... I'll skip the boring game details (other than to say that Dallas Braden looked kinda shaky and the defense behind him was so bad I coulda sworn I saw Walter Matthau pacing in the visiting dugout) and get Bearish on the important Bad News, which is that Andrew Bailey left this game in the 7th visibly wincing in pain after throwing a pitch.  Bailey departed in the company of the trainers (momma always said, it's never good when you talk to trainers) holding his right arm in much the manner that you hold a carton of eggs when several of them have already shattered.  This revoltin' development overshadowed two absolutely mammoth home runs by Chris Carter -- one that clanged off the scoreboard in LF and prompted the TV feed to show a sweet shot of Lone Stranger applauding the event enthusiastically -- in a 9-8 Cleveland victory.  Carter's second HR was equally as impressive, traveling 420 feet to dead right field and prompting yet more ooohs and aaahs from the assembled observers at Goodyear. 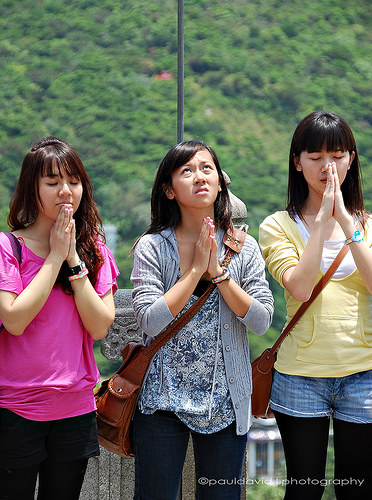 Dear (your Deity of choice here), please let Bailey not be done for the year. And send Japan the help it needs while you're fulfilling requests, will ya?

Susan Slusser's tweet immediately following the debacle indicated that Bailey would not be addressing the media about the situation, so it's hard not to expect the worst.  So who closes if he's finished?  I guess the runoff vote is between Balfour and Fuentes, unless Billy Beane can somehow coax Dennis Eckersley out of retirement.  Oh, well, don't let me bum you out any further than I have already today... I mean it could be worse, it's not like there's a cloud of toxic radiation blowing towards us or anything.   At least not yet, anyway.

In somewhat happier programming news, MLBN will be airing the "30 Clubs in 30 Days" segment on the Athletics 2011 season all evening, wrapped around their "20 Greatest Games Ever" installment on Game 1 of the 1988 World Series.  Well, no one said it was the greatest game for US, right?  Dave Stewart and Kirk Gibson are the guests, so tune in if only to throw heavy objects at the TV screen every single time Gibson opens his mouth.  I am going to try to take a nap now and escape the insomnia that has me wide awake since yesterday and feeling as agitated as Charlie Sheen waiting for his dealer to call back.