Share All sharing options for: Visualizing Hall of Fame Pitchers in Context

When comparing Hall of Fame pitchers, you have to judge them in the context of their era. Why? Well, because pitching has changed a bit over the years. 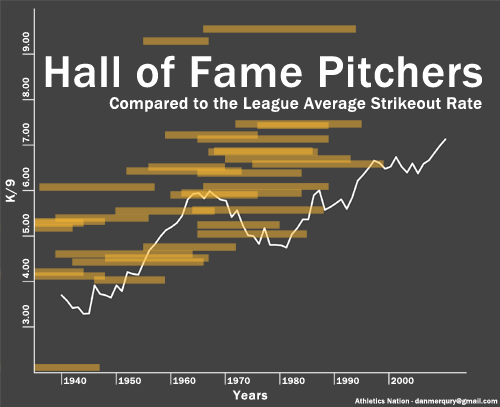