Around the world: Getting to know international FA's

Share All sharing options for: Around the world: Getting to know international FA's

This time of year is a little depressing for A's fans. It's like the MLB teams have all been released into a giant candy store. Many kids can (and do) start pawing at peanut butter cups, peanut brittle, chocolate bars and the like. The A's are only able to afford gumballs and hoping one of the other kids drops a piece of fudge on the ground.

The once-frugal Miami Marlins recently signed closer Heath Bell to a 3 year/$27 million deal, and have been linked to Albert Pujols and José Reyes, in preparation of their new stadium. The Nationals and Rangers have been rumored to be contenders to fork over large sums of money for Prince Fielder.

While the A's will possibly once again be dining on Smarties instead of M&Ms, they might be able to head around the corner to see what else is out there. Who knows? 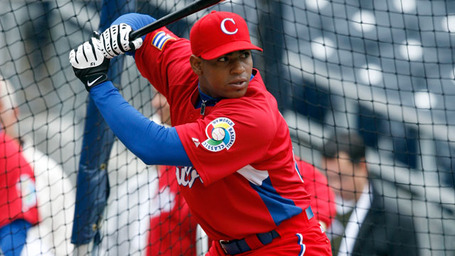 Cespedes, aside from having the greatest beisbol-related YouTube video ever (seriously, watch it), fits a glaring A's need: outfield. Ryan Sweeney might appreciate the help. Cespedes has been compared to Bo Jackson (so keep him away from the football field), Cameron Maybin and Raul Mondesi.

ESPN.com solicited opinions on Cespedes from three talent evaluators -- the first two who attended his workout -- and got the following responses:

• "Physically this guy is everything you would want in an athlete,'' said an American League scouting director. "Does he have home run strength? Yes. Does he have running speed? Yes. Is he explosive? Yes. He has a good first step, and it looks like he can field at an above-average level. The arm is good, not great. It's going to come down to his ability to hit for average, because that's going to allow some of that raw strength to come into play.''

• "He's physically comparable to a guy like Bo Jackson,'' said the NL scout. "He's a powerfully built kid and very athletic. He's an outstanding kid with some aptitude, so maybe he's a guy you hit on. I just want better odds for $50 million. You're betting more on the come at 26 years old than you want to. We have no guarantees with this stuff, and that's the problem. If I'm spending that kind of money, I need to have the odds reduced somehow, and it's impossible with these guys. With the Japanese players, I think you get a little better gauge. People see those guys play in a lot more games, and even the track record there is not that good. We're a lot more up in the air with this 'Cuban aura.'"

Finally, there was this email from a front-office man with a National League club:

• "He's a five-tool, high-ceiling guy with some concerns about his swing and miss,'' the executive said. "He's more likely to hit 30 homers than hit .300 and probably compares best to somebody like Cameron Maybin, but with more power if less range and speed. He's stronger and more stocky and may end up on an outfield corner in a few years, but for now he can play center field … For a club like the Yankees or Boston who can afford those investments [and are both predominately left-handed], he makes some sense.''

Financially, I don't think the A's would make a run at this guy, but you never know. MLB's Peter Gammons and Yahoo!'s Tim Brown have noted that Oakland has shown interest. Then again, that's like me publicizing that I've shown interest in Christina Hendricks. Billy Beane has said that no big signings will be made until the stadium situation is settled, and teams with bigger pockets (i.e. the Phillies, Yankees and Cubs) have also been liked to Cespedes. They could swoop in and sign Cespedes before the A's even get the chance to say hello. 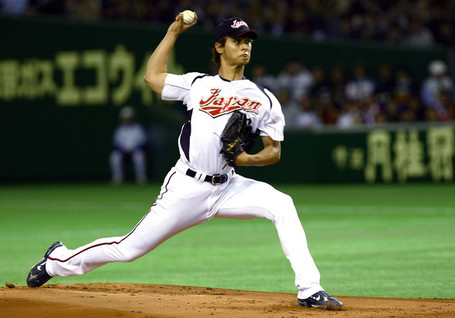 Yu Darvish has been called the best pitcher to come from Japan since Daisuke Matsuzaka, and possibly even better. It is rumored that he could go through the posting process this offseason. It seems like every day, the possibility changes.

Currently pitching for the Hokkaido-Nippon Ham Fighters (No, they do not fight ham. Nippon Ham owns the team.), Yu has posted earned run averages below 2 for the past five seasons. He's also led Nippon Professional Baseball in strikeouts the past two years. Advanced stats here. Granted, this is in no way indicative of his potential success in Major League Baseball, where hitters are believed to be much better. Unlike many Japanese pitchers, Yu can throw has hard as 97 mph, but usually sits in the low 90s.

The likelihood of him signing with Oakland? I'd say 0. Especially after the Hisashi Iwakuma fiasco. 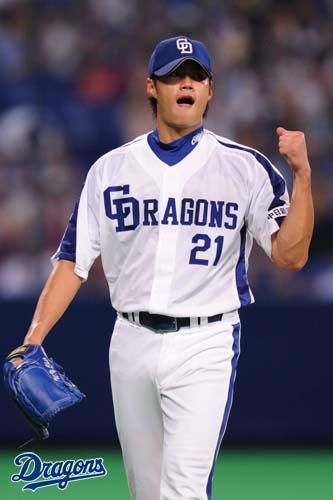 To clarify, Chen is Taiwanese but playing NPB in Japan. The lefty can throw in the low 90s and apparently will come much cheaper than Yu, as Chen will not be subject to a posting fee.

Chen finished the 2011 season with 163 IP, 135 hits allowed, 93 K vs 36 BB+HBP. He averaged right 98 pitches per start and avoided the insane Yu Darvish like in-game pitch counts. Chen threw 120+ pitches only twice during the season.

Should Yu not go through the posting process and stay in Japan, expect Chen to be one of the top Japanese pitchers on the free agent market. 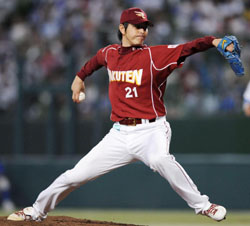 I'm guessing no. He'll be a free agent, though. 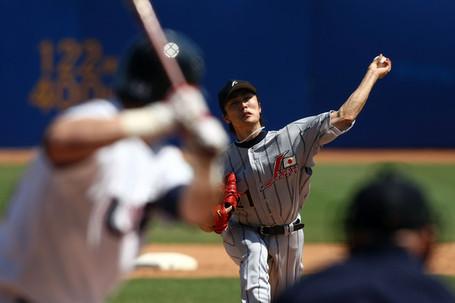 Tsuyoshi is another intriguing Japanese pitcher. Unlike Chen, he's more of a Dallas Braden soft-tossing lefty type. No word on whether or not he has geographic or facial hair-based tattoos. Wada in July reached the service time necessary to become a full-fledged free agent, meaning he also will not have to go through the posting process.

Wada reminds me of Dallas Braden (or rather, Braden reminds me of Wada), with his arsenal of a 86-87 mph fastball, a good circle change, and a solid slider. To use a cliche, Wada knows how to pitch. He’s had a strikeout rate in the 7-8 for most of his career despite a fastball that’s average even in NPB. I found game footage of Wada’s August 25th start against Orix. He didn’t have his best stuff, but it’s enough to give you an idea of what he throws.

So, how do you think Oakland's negotiations with Hisashi Iwakuma will affect other deals Beane might approach with Japanese free agents?

I'll be on the road all day today and unable to really participate until this evening. Have a safe weekend, everyone!