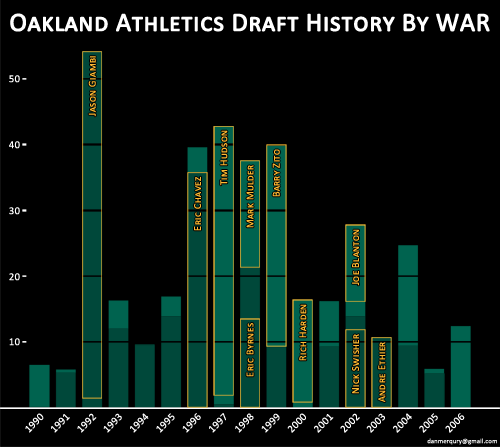 Another week, another chart. This time, it's the A's drafts of the last twenty years, as measured by major league WAR. Batters are in dark green, while pitchers are in the lighter shade. Any player who, as of 2010, accumulated at least 10 career WAR was highlighted and labeled in yellow.

Some notes on methodology and other thoughts: