The 'Pen Is Mightier than the Sword: A's Ink Fuentes to 2-Year Deal

Share All sharing options for: The 'Pen Is Mightier than the Sword: A's Ink Fuentes to 2-Year Deal 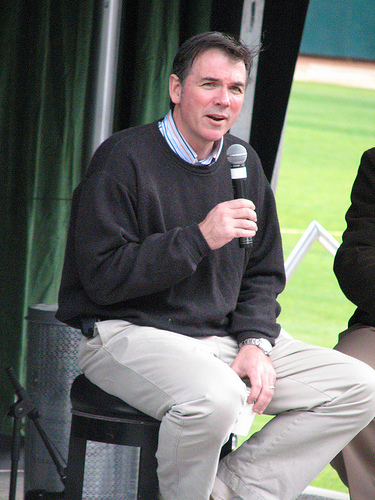 My name is Beane, see, it rhymes with mean
I set the serpentine scene for the gold'n green

Can you feel me? Does it appeal, G?
You got a 3B or 5th starter
you would like to deal me?

Ain't a joke, son
You wanna smoke some?
Foul territory
from San Leandro to Oakland 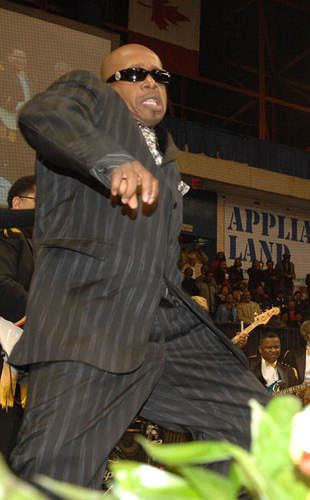 Oh, go ahead Hammer, hurt 'em all you want.

Anyone hip-hop-challenged or tone deaf enough to still be reading this will no doubt be intrigued to learn that Sports Illustrated is reporting that the Athletics -- in an apparent attempt to go to Spring Training with a roster made up entirely of relief pitchers -- have added to Friday's signing of Grant Balfour with the acquisition of LHP Brian Fuentes.  SI says it's two years and $10.5 million... can a trade of excess relievers plus prospects be brewing or will Fuentes platoon with Kevin Kouzmanoff at third? These are the questions that try men's souls... and make Paul Thomas want to make Puppy Smoothies in his sabermetrically-powered Cuisinart. 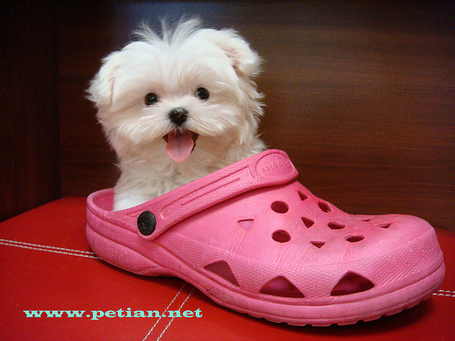 Please, PT, don't purée me!!! I promise my UZR will improve if you just give me a chance!!!!

Personally I think MC Beane-bags is up to something and he's working on flipping some folks for that shiny elite third baseman we've all been fantasizing about since Eric Chavez's spine began to resemble Lombard Street in San Francisco, but of course I've no real idea of who that might be...

...so we'll have to wait and see what happens in the run-up to pitchers and catchers reporting in a mere four weeks from now.  That is, unless he stands pat until then, in which case the A's pitchers and pitchers will report. 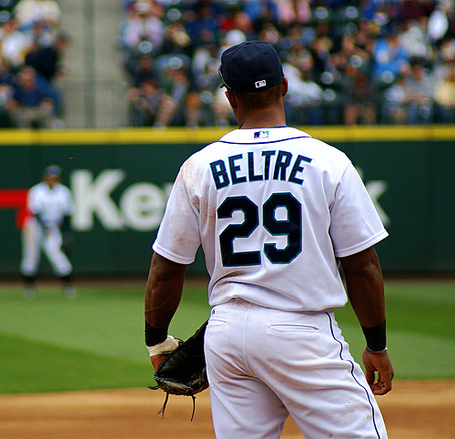 At the very least, this offseason should serve to dispel the myth that no player in his right mind would ever dare want to play in Oakland, as we've heard Mr. Godzilla-san profess that this was his first choice (OK, the Mitchell Brothers had something to do with it, but still) and now we've added two pretty good FA relievers on either side of the weekend here.  These signings, plus the arby-avoiding 1-year deal with Brad Ziegler reached on Saturday, give me this unscratchable itch in my bones that BB is not done yet and there's some reason for the season in terms of why he's added who he's added thusfar. But like I said, we will just have to stay tuned to find out what that is... 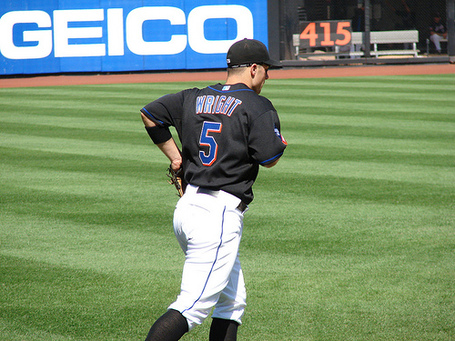 I'd do more than just switch my insurance if it meant #5 here in the Green and Gold.

All Wright, discuss and play nice and when all this (and anything else) becomes official -- Balfour must pass a physical today and I'd imagine so will Fuentes... and then there's the matter of rewiring Bob Geren's circuitry so he never ever ever ever brings BF into a close game to face a right-handed hitter -- you'll be the first to know.