So many baserunners, so few legitimate hitters to drive them home.

In a game that seemed a crucible of the entire season, the A's lacked fire, dropped the torch and flamed out in an attempt to capitalize on a ton of opportunities, including one to get within 6 of the faltering Texas Toast.

What can you say?  I almost broke stuff watching this game and it makes me sick to have to write about it.  Dallas Braden squeezed all the lousy bloop hits he will give up all season into one miserable inning and the A's let umpteen chances to get back in the game slip away by leaving so many guys on base I lost track... I think it was 13 but it could've been 113 or more.  After a 1-2-3 1st from Braden, the wheels came off and landed the lefty squarely in a ditch, with the M's sending 11 men to the plate with 5 scoring.  Outside of a couple of reasonably hard hit balls, their 7 hits that inning were a collection of broken bats and dunkers that would have made even bald people pull out their hair.  It was all so frustrating I was surprised newly-minted TV color man Ben "The One-Armed Man" Sheets didn't start cussing in Cajun in the booth.

Games like this are an indicator of exactly how flaccid the A's offense is... I'd advise a healthy dose of Viagra -- in the form of actual hard-slugging sticks that stand up under pressure -- this offseason.

There were so many chances for our boys to score in this game you'd have thought they were a high school quarterback at a cheerleader convention, but sadly it was not to be this evening.  Outside of a Kurt Suzuki 2-RBI single in the 5th, the A's stranded every other baserunner they managed until the last moments of the game and even left the bases loaded several times.... most painfully in the 1st, when with one out Mark Ellis lined right back to the pitcher, who promptly doubled Jack Cust off first base to end the threat.  The A's would not score apart from 'Zuki's hit until the 9th Inning Obligatory TeA'se, when PH Coco Crisp -- who sat out with a sore knee -- knocked in two with a single.  A hit from newcomer cutie Jeremy Hermida and a wild pitch to plate Crisp forced M's closer David Aardsma into the game to shut the door, and he did so on 2 pitches, getting Cliff Pennington to fly out with men on the corners.

Ah, Fister, aka He Whom We Hardly Knew.... he was pumped to face the A's, given that we are the only team he's beaten whatsoever in his last 12 starts.  That's right, he's 2-10 in his last 12 decisions, with both wins coming in his total domination of Oakland's anemic, almost non-existent offense.  If games like this fail to convince the Athletics' Front Office that they need to spend the money and make the trades -- by any means necessary -- to bolster this pathetic attack, then they are in all likelihood completely asleep at the wheel and someone better wake them up before the brick wall comes and things get ugly. 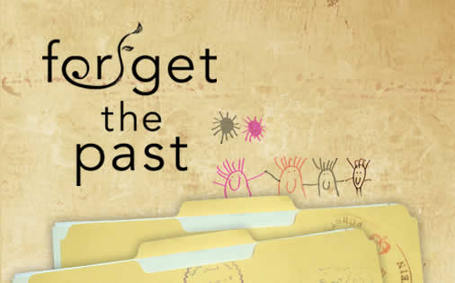 Nothing at all to do but just forget about this debacle and go get 'em next game, which is tomorrow night at 7pm as Gio takes the ball vs. Luke "Do You Speak" French.  Join Baseball Girl (I think she has the thread tomorrow night, although all the switches this week have me as confused as Bob Geren trying to keep the DH in an AL game) right here tomorrow night... I'll be at the game with a whole AN contingent so see if you can make it out to the Coliseum and join us.