Straight to LOB: A's Leave Ten Million Men on Base and Lose, 6-5

Share All sharing options for: Straight to LOB: A's Leave Ten Million Men on Base and Lose, 6-5 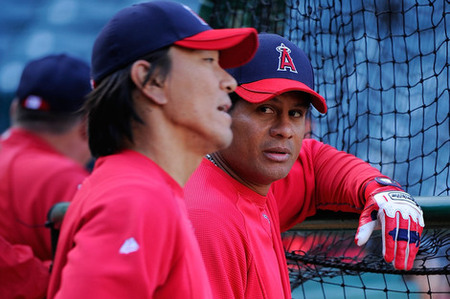 You know, Bobby, back in Japan, if we left that many guys on base, the postgame spread would be replaced with gruel and the fans would be chanting for us to do the honorable thing.

Nice colors, eh? Lots of green and gold in there tonight.

I'll be honest: that was horrifying, an utterly horrifying display of what it means to experience Total Failure with runners in scoring position.  Sure, the A's scored five runs... but really?  They should have scored 25.  Any game where you leave SIXTEEN men on base you cannot expect any other result other than an L, the first letter of LOB after all.  There were moments -- many moments -- in this game where a big hit would have broken it open for the A's, but instead they are 77-79 and on their way to their fourth losing season in a row.  Why, another 4 and maybe Bob Geren -- who made sure he saved Craig Breslow for all the golf he will be playing next week -- will be hired to manage the club for another hundred years.

Think about that: 16 LOB... I'll wait for you to stop throwing up and continue.  Sure, Brett Anderson went 6.1 IP without his best stuff.  Sure, Justin James looked like a deer in the headlights giving up the game in the 7th whilst Deer #2 waited until it was 6-4 Angels to pull him.  Sure, the A's battled until the last out and came up a hit short.  But at some point you have to wonder how a team can hit .254 with no one in scoring position and then manage to make it all the way down to .240 with RISP.  WTF?  If Mr. Owner doesn't get he needs to put some reliable RBI bats in this lineup and get off the "we'll just be cautious about what we spend in the offseason" line after a hideous display such as this, then he should just move to Italy and buy Inter Milan, because he's ensuring that the A's will never score more runs in a game than those guys score goals. 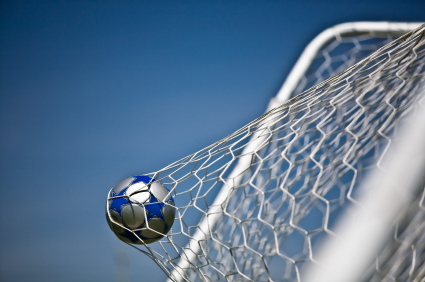 If the A's are gonna stick with this crew on offense next year, they're gonna need a better goalkeeper.

I know people will say "But the bullpen is cashed! What's Geren to do?" and to that I say "Not leave Breslow out of a game where Scioscia makes it clear he is gonna send up lefty after lefty until he wins the damn game."  But as bad as it was, the 7th was just a part of what doomed the A's tonight...  I won't get too into the specifics of it because what is there to say?  The A's had a 4-3 lead but could not hold it, with Justin James allowing the Angels to take the lead with an assortment of walks, a HBP where it barely grazed Aybar's jersey, and a hit from Godzilla on a broken bat where Rajai Davis was frozen to the turf as it bounced in front of him. 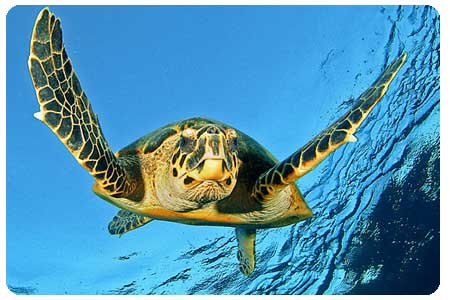 In the offseason, Brett Anderson would do well to work on his fielding.

The 2nd inning was also a big contributor to the A's downfall tonight, with Brett Anderson failing to throw the ball to the right base and tumbling around the infield on a ball to Kouz like a turtle wearing oven mitts.  Overall the defense tonight had moments worthy of the way you cringe when you drive by a bad accident on the freeway and was a huge factor in why the A's did not win it... Anderson especially often seems completely unable to field his position with any degree of skill and the A's have to be aware that he needs serious instruction and practice if he is ever to learn to do so.

The A's can read this picture and know what it says, but that's where their involvement with the concept has ended in 2010.

But it didn't have to matter... if the A's had come up with one or two Big Hits with all the chances they squandered in this one, I'd be writing a different recap and the embarrassing defense and bad bullpen management would have been forgiven, or at least glossed over, for a night.  The bottom line (yes, that BOTTOM LINE!!!) is that this team just does not have any margin for error in terms of manufacturing offense and I can think of 20 games this year alone where if someone could have hit the baseball -- or at least put the godforsaken thing in play -- with guys on we'd be buying our playoff tickets right now and planning who was bringing what to the tailgate before the first home ALDS game.  Whatever happens, you have to pray that management sees the writing, writ large, on the wall and will act accordingly this winter to make some minimal effort at reconstituting the offense to be more capable in big situations like we failed in in something like 8 out the 9 innings tonight. 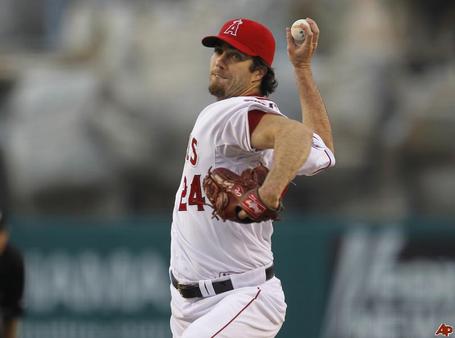 Remember him?  It doesn't get any easier tomorrow night, either.

Anyway it's a shame we couldn't finish off a beaten Ervin Santana tonight but we get another chance at the Halos tomorrow night, as Dallas Braden takes the ball against our old friend Mr. Haren.  Join the Dan that isn't a traitor for game threads at 7 pm and let's go get 'em on Tuesday, OK?  Ciao for 2010 and I'll have more silly game thread pictures for you all -- and hopefully less need for angry, vitriolic screeds like this --  in 2011.