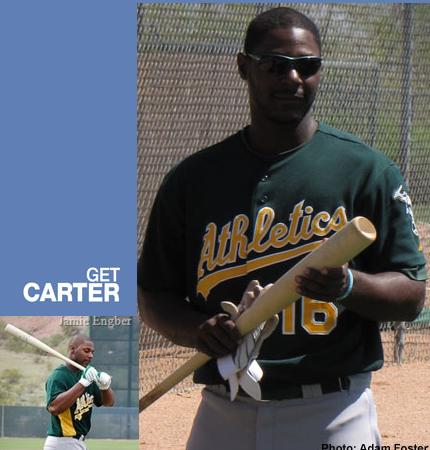 So... who's excited about Jeff Larish? 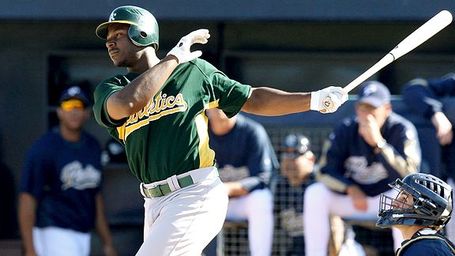 All righty then, here we go: CSN Bay Area reports that, indeed, Chris Carter and Jeff Larish will be called up today and join the big club up in Seattle for the start of the (HUGE) 3-game set with the Mariners.  Since this is a day that we have all been waiting for for a long time, here's a thread to comment in before the game starts and we begin to see what they can do.  If one of my fellow FP peoples could, when the actual info becomes available and we know who is getting DL'd, DFA'd, or Sacramento'd to make room for these guys, make a little blockquote box at the top of this post detailing that info, I'd be much obliged; otherwise I will do that and set up another thread for comments (there will, I imagine, be a ton of comments) when I wake up in the early afternoon.

My two cents: This is a necessary move, IMO, and not just because of the lack of observable pop coming from our lineup and in particular from the two DoorMatts, Watson and Frick Carson.  The added benefit of bringing up Carter in particular, for me, has to do with the process of determining what we will have for next year: if you wait to call CC up until September, you're getting him less steady ABs than he'll get now... in a few weeks he would have to be competing with other September callups and would get less consistent reps to see what he can indeed do.  Seeing him up 3 weeks sooner means BB gets those 3 weeks to get a more realistic, pennant-chase perspective on what's really there or what might be there, enabling him to make more prescient moves this winter in terms of surrounding Carter or complementing him with other potential power sticks; whereas just a September showcase, when the A's might already be out of the running, might give a less realistic impression of Carter's true MLB-ready potential and where and how he figures into next year's lineup.