I've never seen stolen base WPA available to look up, but it's simple to sum up and calculate. And the results are interesting enough to play around with in several different ways. 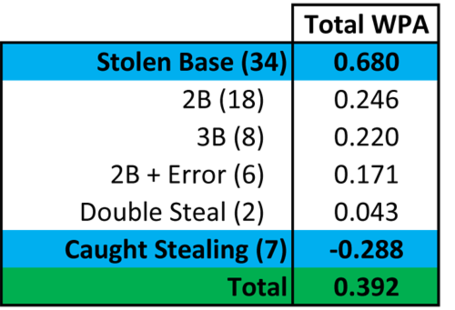 New slugger Chris Carter and the A's attempt to get up off of the floor tonight at 7:10. We've got a matchup of two strong aces, Brett Anderson and Felix Hernandez.