It was great to see everyone out at the Bay Area meet-up last night!

First of all, the venue was amazing; even located in Pac Bell Park, the newly-opened Public House proved to be an awesome place to watch sports (and they showed the A's game on multiple 65 inch flat-screen TV's). Brand-new flat-screen TV's line the walls in the large rooms, and A's, Giants, Warriors, Sharks, Cal, and 49er fans, as well as a few other SB Nation blogs filled in the space nicely. At last count we had between 150 and 200 people watching the A's and Giants games, and thanks to Crown Royal Black, there were plenty of free drinks to go around.

Here is some of AN: 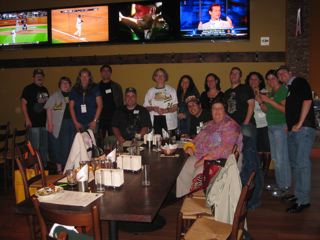 Here was the sign in front of Public House: 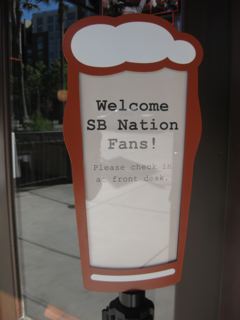 Thank you to the A's and David, who provided tickets for the raffle. 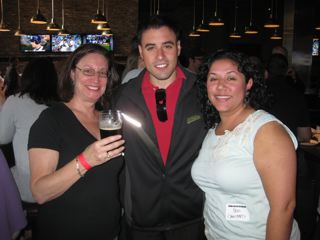 Here are some Giants' fans! 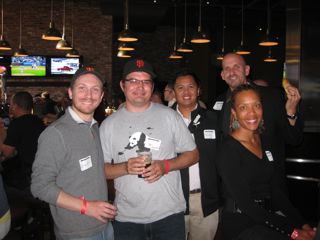 And the famous 49er crew! 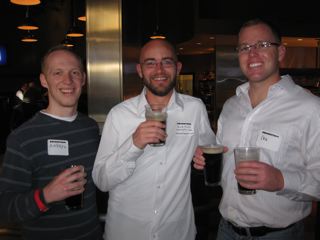 Even the Warriors represented! 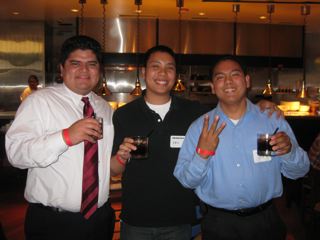 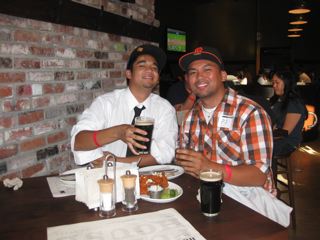