Share All sharing options for: A's Come Up Snake Eyes vs. Dice-K, Lose 2-1 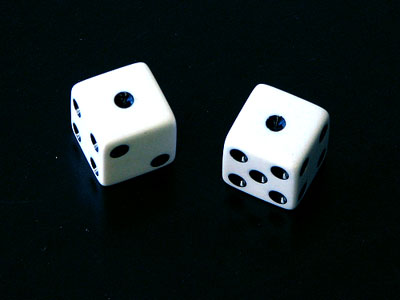 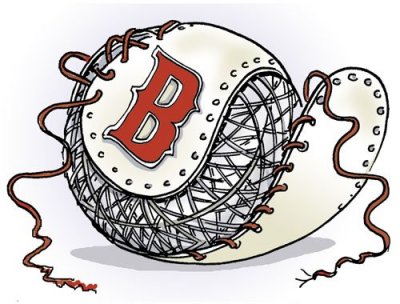 The A's just could not unravel Sox pitching tonight.

In a frustrating game that always seemed one big hit from going our way, the A's slipped a game under .500 once again and failed to keep pace with the Rangers, who are Hotter Than July.  Daisuke Matsuzaka was pretty masterful, baffling the Athletics anemic attack on 2 hits through his 6.2 IP, one of which accounted for their lone run on a HR by Rajai Davis.   The Sox then got a tricky 1 1/3 from Daniel Bard, who wriggled out of jams in the 7th and 8th when the A's had their best chances to steal the game.  A second-n-third situation in the 7th fizzled, as did a first-n-second one in the 8th, as Oakland failed to cash in the big hit with RISP and lost for just the second time this season (29-2) when allowing 2 or fewer runs. 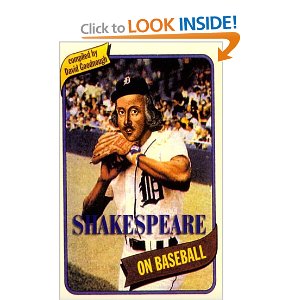 The A's couldn't touch the flamethrowing Bard, and the Tigers didn't help us out either.

Ben Sheets seemed to have no velocity and was seen flexing his elbow in the dugout afterwards, so he may have been out there throwing hurt or at least compromised.  Nonetheless, he gutted out 6.2 IP and held the Red Sox to a sac fly that drove in our old pal Eric Patterson, who had tripled, and a subsequent HR from Adrian Beltre -- who allegedly has a sore hamstring but is still on fire -- in the fateful 4th.  He survived on more offspeed stuff than we've seen from him all year, often resembling Jamie Moyer's more delicate offerings. 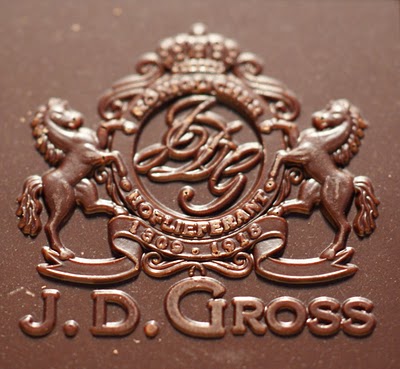 Gabe was Just Defense tonight, and kinda Gross at the plate.

Gabe Gross made two stellar defensive plays tonight -- making a stunner of a catch in the bullpen and throwing out Kevin "Who Are" Youkilis at 3rd base to end the 7th -- but he was unable to knock in the tying and go-ahead runs in the bottom of the 8th, instead looping out to Beltre to end the threat.  Both bullpens held the line (Jerry Blevins and Michael Wuertz looked great, and Craig Breslow breezed thru the 9th) in what was a very well-pitched ballgame, with Jonathan Papelbon closing it out 1-2-3 in the 9th. 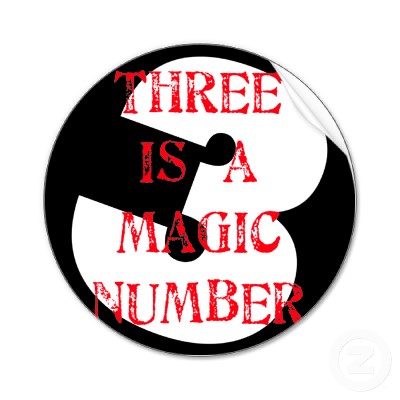 But you're not gonna win too many games with that amount of hits.

The Athletics will strap it on again tomorrow, sending a hopefully-healed-and-healthy Dallas Braden out to face knuckleball sultan Tim Wakefield in Game 2 of the series.... unfortunately the Detroit Tigers couldn't take advantage in extras against the Rangers and left approximately 403 guys on base in losing to Texas in 14, so the A's fell to 8 back with the loss tonight.  Wakefield was completely torched by those Rangers in his last start at Fenway, so maybe the A's can batter his fluttering flingings and even things up here.  Join AN's awesome Danmerqury, who is twice as mature as I am at half my age, for all the fun and frolicking festivities at 7 PM Tuesday evening and if you're feeling frisky and foodish, come on out to the AN mini-tailgate at 5PM in the Coli parking lot before the game tomorrow evening, at which (I am told) Chris Townsend will corner Mike V with a sharpened microphone stand and demand the recipe for what must surely be, even for an almost-vegetarian such as I, the Greatest Pork Ribs Ever Seasoned by a Human.  See you there or be square!