You love my Game Threads because they are so adult and rational, admit it. 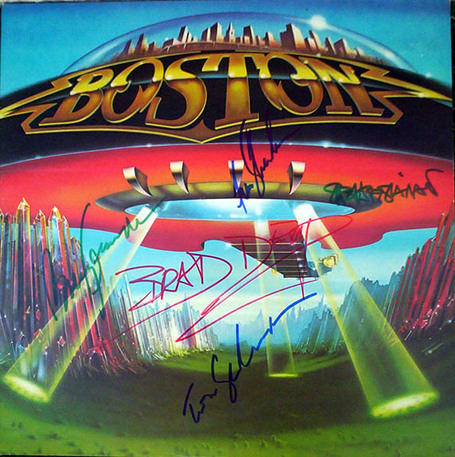 Victor Martinez should be able to sign this in 4-6 weeks.

Good evening, O Battling Battalions of BABIP, and I hope you've got your balls in play because I sure don't. Tonight we roll out the red carpet for them Boston Red Sox, a team with -- get this! -- more catastrophic injuries than us.

[[gives you all a moment to process the impossible]]

We're doing our best to catch up -- Ryan Sweeney went out for the year this afternoon and will have surgery on his 97-year-old right knee -- but for now the Sox are a team in even worse shape than Oakland on the Walking Wounded front. They are missing a ton of guys (Pedroia, V. Martinez, Beckett to name a few) and several others (Adrian Beltre) are not at full strength, so now is sort of a good time to have to face them. 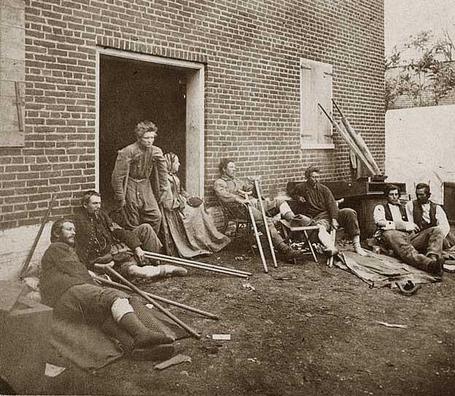 The Red Sox have seen better days, if this mid-season team photo is any indication.

Ben Sheets takes the hill for the Green and Gold tonight, fresh off his most impressive two trade showcases starts of the season, and will be opposed by Daisuke Matsuzaka, a pitcher the Athletics fried like shrimp tempura last time he faced them. Boston was very little help over the weekend coming out of the All-Star break, dropping 3 of 4 to the 1st place Texas Rangers, their lone win coming on that most electrifying of plays: The Walk-off Sacrifice Fly to Medium-Deep Center Field. The A's are playing some of their best ball of the year thusfar, and are halfway to the magimythical 10-game win streak we are always speculating about them needing to climb back into the wide-open AL West 2010 Sweepstakes. Currently we sit all squared at 46-46, 7 games behind The Arlington Nine and a mere 2.5 in back of The Los Alamitos Angels of Aliso Viejo. 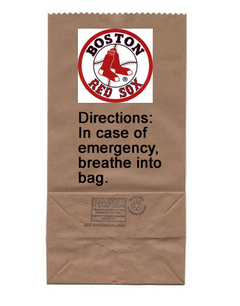 When I think of the belligerignorant attitude of alcoholified Red Sox fans, I often must reach for the In-Flight Sickness Bag.

This is a very important game and a very important homestand for our boys, it goes without saying even though I just said it. In a lot of ways the prospects for competing and staying in this thing for 2010 hinge on these next 6 games against both brands of hose: two powerful teams, but teams that are struggling and appear to be ripe for the taking. Needless to say (even though I am gonna say it), we have to play well and we have to above all pitch and play defense if there are to be meaningful games played by the A's in September and not just the Call-up Showcase Family Fun Hour we have grown accustomed to the last 3 seasons now. I mean, I enjoy scanning the dugout for hot young guys as much as anyone, but this time I think we'd all welcome actual excitement between the white lines (not so fast, Ron Washington) as the regular season ends and the playoff spots are spoken for. 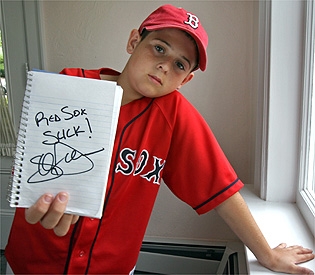 Admitting you have a problem is often the first step to recovery, son.

I really want to win tonight and to be greedy, I really want to win all six games on this homestand and make a statement.... how about you? I'll post the lineups when the wretched widget thing has them, which is usually like 10 seconds before first pitch or when Bob Geren is through playing laptop Minesweeper and gets his daily text from Billy Beane detailing Bobo's To-Do List, whichever dumbs first. I just saw the Tweet with our order and Gabe Gross is starting and Adam Rosales is sitting, so Hell's Helmsman is already on form 2 hours before the game even starts, yippee-kai-yay. Oh wait, here it is: 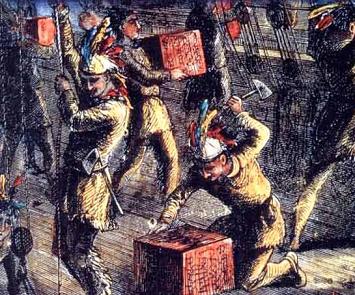 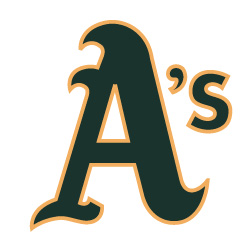