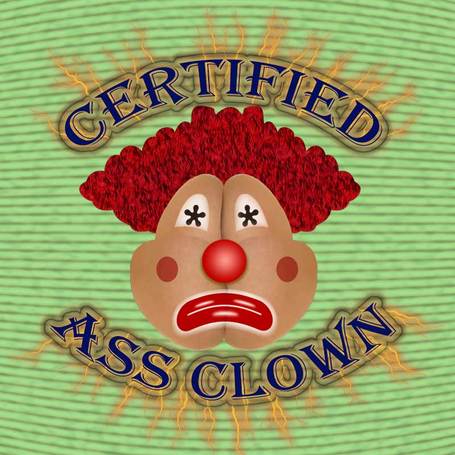 Bob Geren: he may not be able to manage his way out of a paper bag, but at least he was good enough to pose for this portrait. 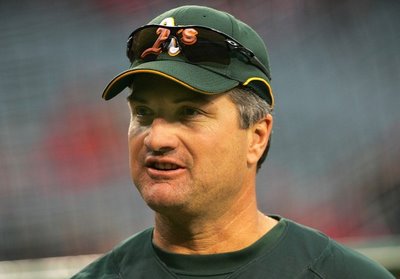 You almost dunno what to say after a display such as we have just seen... if you can leave me speechless, you are really doing something, Roberto.

In what might have been the most disgusting loss of the season (at least until this thoroughly unqualified, undermotivating, can't-even-keep-the-fucking-DH-in-an-AL-game, can't-even-think-clearly-enough-to-PH-Cust-for-Patterson-as-the-winning-run piece of (insert your remnant of a particularly painful bodily function here) with ugly-ass sunglasses completely blows another one, for which we'll probably only have to wait about 16 hours from now anyway), the thoroughly inexplicable moves of the Worst Possible Manager In All of MLB cost us a thoroughly winnable game as the Athletics fell to third place, 2 games back of Texas and a half-game (rhymes with "half-brain," like Bob Geren) behind the surging SlegnA. 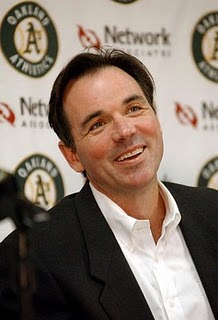 I'd have watched this game, but the fond memories of my wedding preoccupy me so... plus, it's almost World Cup!

What is there to say? Clever Trevor Cahill was good once again, but Francisco Liriano was even better, and it was only his 10 strikeouts through 7 that elevated his pitch count enough to get him to give way to Jesse Crain in the eventful 8th.  With the Twinks leading on the strength of new A's-killer Delmon "Remember when you were" Young (you shone like the sun) and his Crazy Diamond, 3 RBI performance, Adam Rosales sent a drive out to left center that Denard "Steeleye" Span made an ill-advised dive for (reminded me of Torii Hunter missing Kotsay's inside-the-parker in the '06 ALDS), turning it into an electrifying game-tying triple and making Chris Townsend really, really jazzed (his words, via e-mail), at least for the five minutes it took for our "manager," with a look in his eye like black holes in the sky, to poop the crib once again. 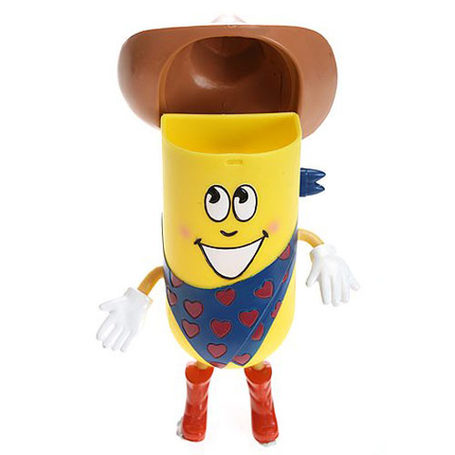 Yes, this is the most annoying Twinkie I could find.

The top of the 9th will live in Infamy and IMO is the proof positive that this team will win absolutely n-o-t-h-i-n-g with this somnolent moron, hired for no observable reason other than pure, corrupt Nepotism, occupying our dugout like a One Man Shithead Army.  After Ziggy got the first out, Justin Morneau (nursing a .372 average and a bad case of stomach flu) was sent up and instead of having the lefty Cedric Bowers ready, Booby Prize Geren (in all likelihood trying to work out his cumulative IQ by counting on his fingers) put up the 4 for the IBB.  This seemed to thoroughly rattle Ziegler, who promptly walked Piranha Punto.  After a stellar pick-and-throw by Kouz, Matt Tolbert roped a single to CF and that was essentially that.  Puke. 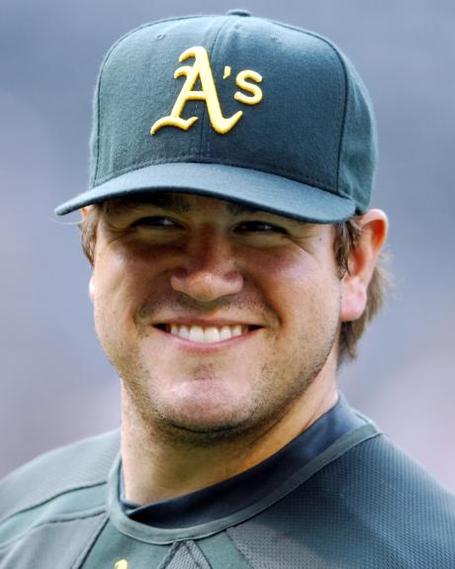 Despite everything, Jack coulda sent all of us home smiling.

Then to the (even more irritating, if you can believe that) bottom of the ninth.  Ryan Sweeney, who did not start due to the condition of his knees, was sent up to PH and singled.  With sluggo Jack Cust in the wings, Bob "Leo Durocher" Geren had another bout of sloppy sleepwalk, sticking with Eric "Stand" Patterson (who had already helped clam this game by crapping himself on Mauer's double on which he was inexpicably positioned about 10 steps behind SS for one of the most fearsome hitters in MLB -- Joe later scored along with Jim "Wheels" Thome ahead of Young's second RBI hit of the night), who popped out weaker than tea made from a week-old Lipton bag.  One Raj Davis flail later and this one was in the books as an "L" from Hell... perhaps the worst yet this year. 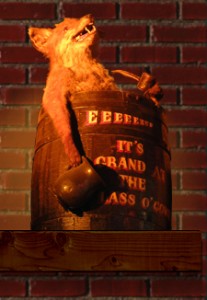 Jake Fox is out of options, out of talent, and Billy Beane is out of his f*cking mind.

So basically, the Twins all have the stomach bug, Michael Cuddyer isn't even in Oakland (he's on leave), and we still are 0-for-2 against them... at HOME, where we were previously playing quite well.  What is there to say?  Sorry to be a downer but if this zombie slob continues to move our (admittedly limited) on-field resources with all the panache of British Petroleum's Disaster-Management personnel, we are headed for a lonnnnnnnng summer of stomach cramps of our own.

After a game such as this, I need to go to my Happy Place.

So Mauer is gonna sit tomorrow... I'm sure Geren will start Mike Gallego at catcher tomorrow to help even things out, so don't fret A's fans. We do it all tomorrow at 1 pm, with Nico (who'd have loathed Geren's moves in this game, having WAY better taste in goats as we know he does) returning from his evening at the theater to host you all... I'll be back Monday for the start of the pivotal 4-gamer vs. the Sleggos, unless thoughts of Bob Geren's "skills" force me to fake my death and get on a plane to New Zealand to start an entirely new life, free of completely unqualified asshats like him ruining my weekends with their smirking imbecility. I'd say he's about worn out his welcome -- with random precision, even.