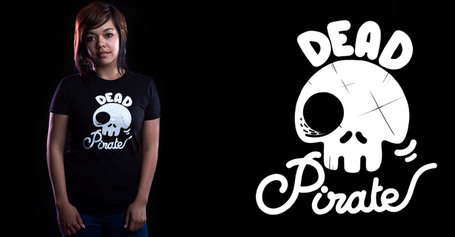 At last, a team worse than us to play with. 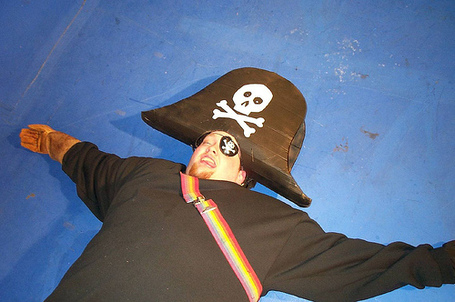 It's about time we made someone walk the f*ckin' plank.

Arrrrrrrrr! There was much treasure to be had in the Pirates' bullpen tonight, as the A's rode a 7-run 7th -- most of the torture inflicted on Brendan "We watched a whole installment of The Godfather trilogy between pitches" Donnelly -- to a scuttling of the awful Buccos before a crowd roughly equivalent to the average turnout at the Berkeley Shattuck Cinemas for one of those "Pirates of the Carribean" flicks. 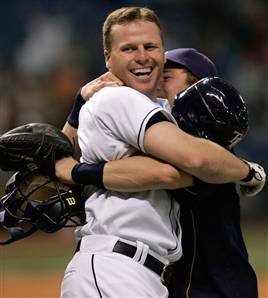 The A's were so far ahead, they had Gabe Gross warming up in the bullpen.  Plus I'll use any excuse, no matter how flimsy, to use this pic cuz I really like it

The game didn't start out so hawt, with the Pirates scoring 2 unearned tallies (as in "Tally-ho!", which is a favorite expression of pirates or so I am told) in the top of the first off Ben Sheets thanks to an error by Daric Barton and some questionable defense from Raj Davis.  Ben recovered to throw 6 innings and allow 4 runs with just the 2 earned.  The Bucs returned the favor immediately due to shoddy D by Neil Walker, and the A's pulled even after one was done.  Things proceeded along kind of slowly from there, which was OK because Coco Crisp was seeing the ball in slow motion anyway, accumulating a single, a double, and a triple in his first 3 ABs and falling but a HR short of the cycle, with no metaphorical cynicism implied for a change. 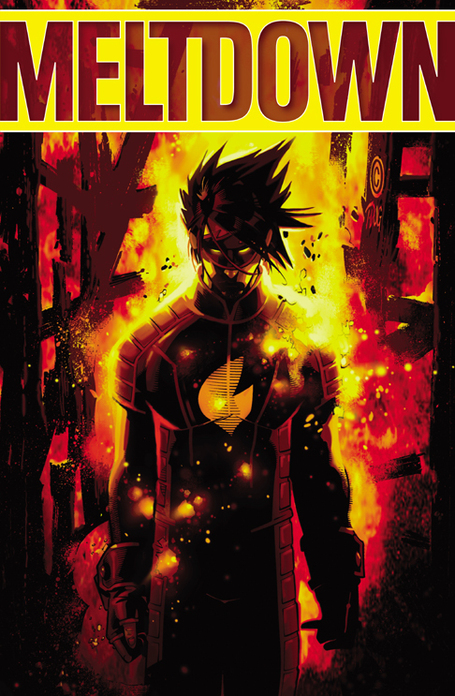 The 7th inning was not kind to Pittsburgh, who lost their 15th straight on the road.

The start of the 7th inning was indicative of what was to come, with the Pirates' Ryan Church and Neil Walker, who had HR'd off of Sheets earlier, colliding on a foul pop off the bat of Kevin Kouzmanoff on the 3rd pitch of the frame.  After Walker left woozily (but under his own power, later being taken to the hospital with a mild concussion), the onslaught commenced as the A's batted around and then some, eventually scoring 7 in the 7th and putting the game away  --- something we haven't seen from our boys of late, but for which we are eternally grateful.  Because if I had to write a recap of a loss to the pitiful Pirates I would have been in all likelihood arrested by the SB Nation Police Force for using Klingon profanity in the headline. 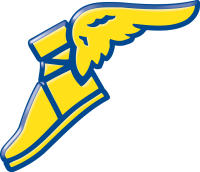 Adam Rosales used his speedy shoes running out his rocket of a PH triple in the 8th.

The A's salted this one into the win column with 2 more in the 8th, thanks to a triple by Adam Rosales, who almost caught Ryan Sweeney at third base.  Adam scored on a sac fly and the scoring was done for the night... and so were the Pirates, who are really, really bad and haven't won a game away from PNC Park since May or something.  So there's always a sicklier fish, as they say.

As if our inner sense of unmitigated ecstasy wasn't boiling over already, the Rangers and the Mariners both lost, and the Angels  --  who just left the winning runs on in extras vs. Colorado  -- did as well.

So don't go all Carlos Zambrano just yet... we might actually win this series because we are playing a truly, truly awful club this weekend, and not just a sleepily mediocre one.  Tomorrow night is gonna be wild... I wonder if anyone will be here because we'll all be at the Coli for "Turn Back the Clock" 1970s night.  I promise not to wear my wide collar "Saturday Night Fever" shirt and I further promise not to put 300 micrograms of pure Purple Acid in anyone's Pepsi, tempting as that might be for the authentic '70s experience.  See you all there, and you better have some Pet Rocks to smoke!  Trevor "Special" Cahill takes the ball, so it just might turn out to be Groooooovy, baby.