The Voice of the A's Says Hello to AN

Share All sharing options for: The Voice of the A's Says Hello to AN 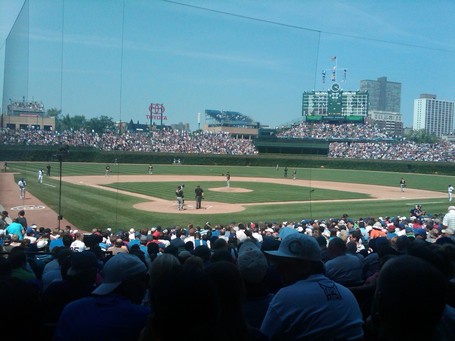 (which we will not discuss because Nico summed up Geren's failures more succinctly than I ever could),

we are now here: 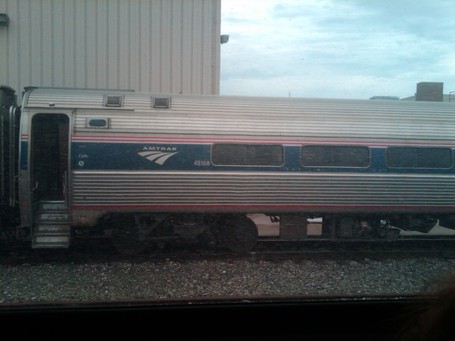 on the way to tonight's game in St. Louis. To our surprise and delight, Dick Callahan is also on the train! He was held as a captive audience since it was either talk to ANers or jump off the train somewhere in Illinois, so we were able to have a delightful conversation. He asked me to pass along his greeting to Athletics Nation and to all of you; he said to say hi to the wonderful A's fans out there on the site.

Wrigley was beautiful, the game was not, and I'm looking forward to St. Louis as we try to make the A's win despite their manager's best efforts.