The A's have just signed Chad, and have optioned Tanzania to AAA Sacramento.  Look for Ghana to be called up sometime next week, when Cameroon's shoulder stiffens and Zimbabwe gets popped for DUI. 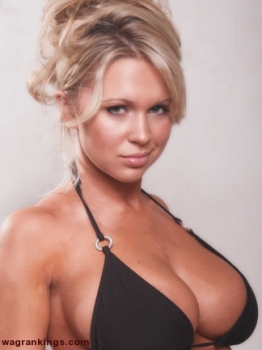 The last time Chad Gaudin pitched for the Athletics, this was his girlfriend.  Not pictured: the primordially lustful mating howls of my two, very heterosexual roommates.

Hello again, Disciples of the Lengthy Yet Anti-Climactic Plate Appearance, and welcome to the last week of Spring Training games before (yes, it's true) real baseball is played, in real stadia by real 25-man rosters, and with real good pot being blown ("The 4th Inning Altitude Adjustment" returns for yet another stellar season) in the smoking pen outside section 204... try THAT at the St. Louis Cardinals game before you dis the Coliseum LOLOLOL

So you've undoubtedly heard by now that Wuertz is Hurtz, prompting Billy Beane to dust off the trusty green-n-gold time machine and ink Chad Gaudin to a minor-league deal... and a dozen screen names are suddenly, miraculously meaningful again, as if by magic.  By the looks of it our bullpen, probably the team's #1 strength last season, is just a few Radar O'Reilly shouts of "Incoming!" away from a honest-to-gawd M*A*S*H unit.... so far this month Andrew Bailey, Joey Devine, the abovementioned Mr. Wuertz, and about 37 of our other relief pitchers have suffered minor setbacks.  After 3+ seasons of this stuff, I am inclined to just say "Fuck it!" and recommend the A's just go ahead and make Larry Davis the 5th starter and be done with it already; either that or we need to institute a Demolition Derby competition in the players' parking lot, one or the other. 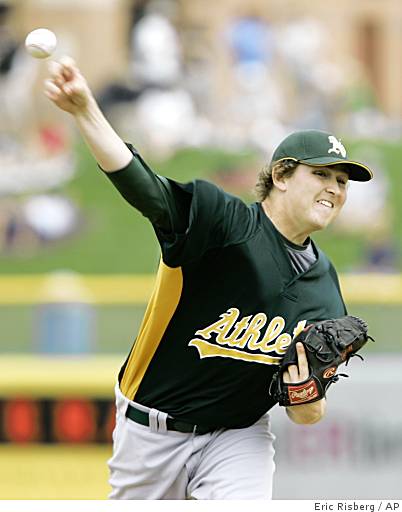 RHP Trevor Cahill looks to make the team so he can defend his Most Boyishly Disarming Smile in MLB title.

Despite having lost more arms than The Black Knight, the A's will attempt to whittle down the final starter spot today with appearances alleged to be forthcoming from Trevor Cahill and the (some would say) even-sexier Gio Gonzalez in the contest vs. the Mariners... these guys better get after it because if I have to watch too much of Jason Jennings this year I might develop a drug problem.  OK, a worse drug problem. 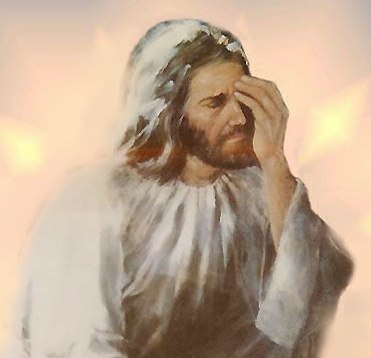 Noted religious figure Jesus Christ reflects on the performance of Jason Jennings thusfar in Spring Training, causing Him to utter His own name in a most irritated fashion.

I should be around today to catch the action... hopefully it's on KTRB or at least we can track down a bit of the old Gameday on mlb.com, so I can keep track of all the touchdowns and interceptions for the Happy Recap later on.  If anyone feels all inspired and wants to post the link to that or the lineups for this game, I would be much obliged... and remember that no matter WTF happens this afternoon (barring natural disaster or extraterrestrial intervention), there will be an actual game that counts, exactly one week from now at the Coliseum, between these two very same clubs.  Can I get a LET'S GO, OAK-LAND!!!???  Amen, Brothers and Sisters. 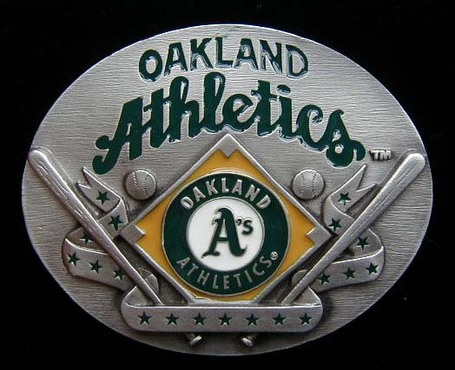