Chop, Chop: What Is Chavez's Role and Can He Stay On the Field to Fulfill It?

Share All sharing options for: Chop, Chop: What Is Chavez's Role and Can He Stay On the Field to Fulfill It?

Employee #3 contemplates whether to tie his shoe and risk further catastrophic injury, or just chill. 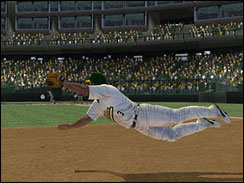 So it looks from this Minneapolis Star Tribune article that The 66 Million Dollar Man has been reassembled for one more shot at Col. Steve Austin’s fielding percentage record… if you rebuild him, they will come.  Not much in the way of detail but it makes me wonder how effective Chavy thinks he can be at positions he’s barely ever played, when learning new muscle-memories at new spots on the diamond could conceivably if not probably lead right back to the disabled list, a place so familiar to him by now that he probably gets Frequent Flier Icepacks and he’s eligible for One Free Surgery after the first ten. 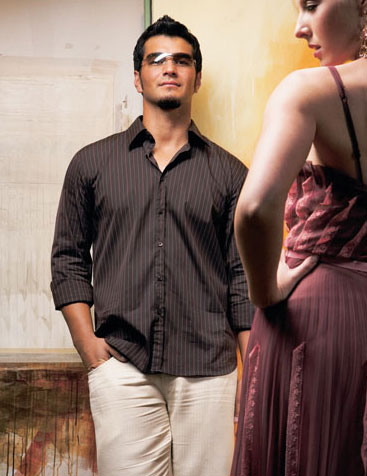 I worry that even if he can stick around and be relatively healthy for most of the season, will he be anything but a ghost of his former self?  Every time I think about the fact that (besides Cust, who may K more times than Reggie Jackson blindfolded anyway) the only noticeable pop anywhere near the vicinity of our lineup is the soda on sale at the Coliseum concession stands, I get to fantasizing that Eric will return and somehow provide something (anything? please let our whole team combine for more HRs than Ryan Howard hits by himself) of a legitimate power threat, lest our pitchers get to thinking that the only way they’ll be able to get a win is if they throw a shutout or the rules get changed so our guys get to hit off a tee… or if the other team gets dosed with Belladonna tea. 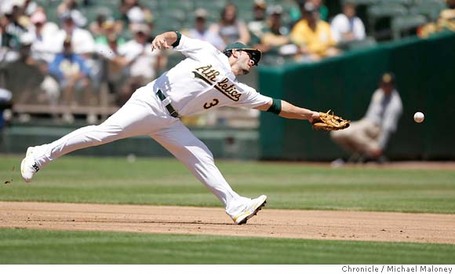 There’s all this talk about him compiling a decent amount of ABs from time at 3B, SS, at 1B, in LF and (some even say) semi-platooning with the aforementioned Jackie Three-and-Two at DH, but do we really want an all left-handed DH platoon, is that sensible against the Cliff Lees and the CC Sabathias and the various other tough lefties we will come up against?  Sometimes I think back to the fact that left-handed pitchers sometimes used to make Chavez (even when he was healthy) look like his front shoulder was attached to some marionette strings being operated by the opposing club’s broadcast team in the press box, and I begin to think 2011 and the end of the Era of Eric can’t get here fast enough. 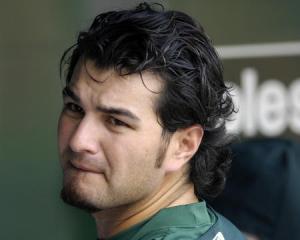 Other times I take enough powerful psychoactive drugs that tidal waves of ecstatic & joyous optimism roll through my being like sweeping splashes of sublime serendipity & I start to feel he could be the stealth super-sub in our 2010 scheme, with him and Adam "Pete" Rosales forming an effective Wheel of Utility that keeps the rest of the regiment rested and ready.  Which I realize only serves to set me up for that moment akin to when you buy a TV set at the flea market and are shocked, surprised and saddened when you get it home and it turns out to be a 29" high definition paperweight.  And you herniated a disc lugging it home and you need season-ending medical attention. 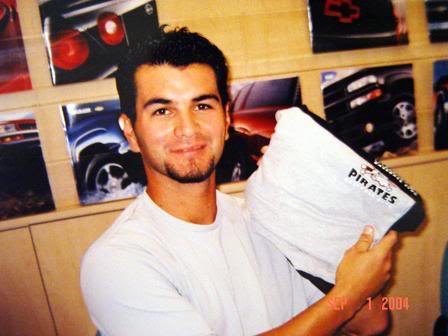 So what do you all think, is this the last in a long line of  "I am steamrolling towards 100%" phony promises from The Gold Glove of Glass (seen above putting together a special CARE package for Bobby Crosby in exile), or can he contribute and provide a semblance of the stick and a lick of the leather (is there a website for that?  my, it sounds naughty) we are gonna need to compete in the West?   Please fill this thread with your most passionate opinions and please don't pull a quad typing or anything.