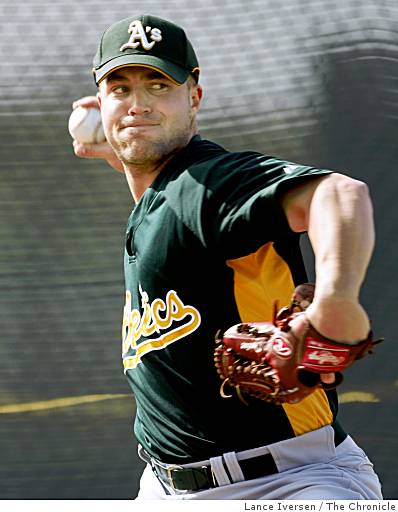 Thanks to Tommy John and Red Bull, I could crush this ball into a fine powder if I wanted.

In case you were wondering if Cairo was practical.

So Nico beat me to the "OK so what if Duchscherer has the 2nd most dysfunctional spinal column of any Bay Area athlete (after Eric Chavez), we have the best and deepest bullpen in baseball" article, but let us continue from there with the axiom that Great Minds Think Alike and vibe on the latest from Ray Ratto in today’s Chron, in which Joey Devine – back and better than ever – is interviewed and generally praised a lot more than our players usually are in dude’s reportage LOL

Honestly, I have been thinking all winter -- much like our favorite intrepid reporter The Sluss alludes to today -- that the key to the whole shootin’ match this year… i.e., whether or not AN is back to talking about Michel (or Leon for that matter) Foucault and the overall greatness of Squeeze by June cuz the A’s are further behind than the Grateful Dead’s drummers’ sense of time… depends perhaps in largest part on what happens with the ‘pen in general and Mr. Devine in particular.  I just feel like, when your two best pitchers have had so many surgeries between them that several anaesthesiologists’ chateaus in the Swiss Alps have been built solely from the cost of the repairs to their bodies, and the rest of the staff either haven’t felt their toes in over a year or are so babyfaced they look a year out of high school and are still learning not to pitch like it…. well, let’s leave it at "The bullpen needs to be near as good as 2009 and Joey Devine needs to contribute Big Time or we are fukt" and move briskly along to the next cleverly-captioned picture, shall we?

There, now that my near-complete lack of baseball knowledge that wouldn't have any hope whatsoever of competing with even the janitor on AN has been momentarily salved with distractingly visual eye candy, let’s get back to The Life Devine.  I was unaware (me, unaware, I know it’s a shocker, sorry to make you spill your syrup in amazement there, send me a bill) that Joey was the victim of a walkoff, series ending postseason home run when he was with the Braves, although seeing the footage did much to jog my admittedly foggy memory.  Poor guy has known nothing but The Frownyface since he came up, first with that little gopher ball and then with the injuries, culminating with the Tommy John surgery that enables you to throw consistently above 130 mph, with movement.  OK, I made that last part up.  As if you’d need movement at that speed.  Christ on a cracker, such a thing might kill the catcher and we sure can’t have that.

So we know that he hasn’t had a career that’s lived up to his heavenly-sounding name up to this point, but we also know that he was essentially slated to close for us last year until he had to send away for one of those nifty mail order elbow ligaments (the website is www.the-lebensraum.com) and the door opened for everyone’s favorite after-dinner digestif to go from anonymous to all-star/meeting the President to Rookie of the Year.  The A’s seem to have this thing down, by the way... closer’s arm falls off, totally out-of-nowhere stud assumes mantle and takes home the hardware… remember Octavio Dotel and Huston Street?  If only Billy "Magic" Beane could conjure the Mystic Incantation that makes this work at third base, sigh. 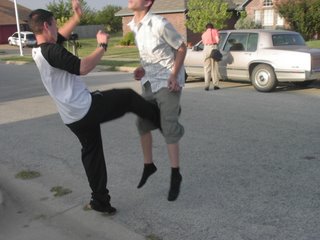 I was struck by the focus in what Devine said to Ratto: his matter-of-fact, them’s-the-breaks tone when discussing his setback and how Bailey emphatically laid claim to his job in such a stunning, dominant manner and doesn’t seem likely to relinquish it anytime soon.  You’d expect this from any athlete, I know – what’s he gonna say?  that fucker Bailey, I am gonna bury his ass next to Jimmy Hoffa back home in New Jersey, the dirty rat! – but what I got from the whole thing was that he knows he will likely be just as important to the team setting up or even setting up the set-up for Michael "I struck out 34% of my hitters in 2009 and WTF is that all about?" Wuertz and he’s totally fine with that.  Of course, he also stressed that he is ready to step in and close if needed, so I dunno if I leave him alone with Bailey and a box of snakes, given our pitchers’ uncanny knack for spending more time on the DL than R. Kelly and the Isley Brothers.

So what of it?  It’s as obvious as the scars on Pete Townshend’s pick hand that the bullpen is gonna be as crucial a conference as King Tubby meeting the Rockers uptown, but can Devine deliver or is it all just False Hope In Perenially Injured Players (set to replace the Sacred Pilgrimage to Holy Toledo as the #1 religion of A’s fans)?  There isn’t much to go on statistically on this guy and TJ surgery can often seem to reshuffle the deck anyway as far as what went before with a pitcher, so I admit I am casting Runes here a week outta Spring Training & seeing what you all think about this most Important Player of Distinction on whose reconstructed arm so much may rest. 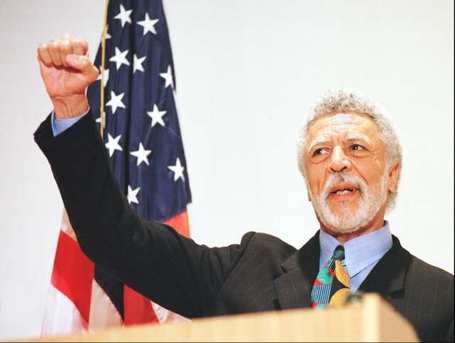 Plus, it was either this or a vitriolic rant about how the City of Oakland is so poorly run it makes the luge practices at the Winter Games look like a bastion of competence and efficiency, and how Ron "Dude! You’re Getting a" Dellums left Congress because Al Davis had clandestine naked pictures taken of him with Don Perata, but who needs a Negative Nancy when Rainy Days and Mondays and Duke’s SI joint are enough to almost always get you down?