Beer and Loafing in Buena Vista: EN Visits Day One of the Winter Meetings (Astrally)

Share All sharing options for: Beer and Loafing in Buena Vista: EN Visits Day One of the Winter Meetings (Astrally)

12/6/10, 7:45 PM Pacific -- This just in: Jane Lee tweets that it's official and the A's have failed to reach an agreement with Japanese pitcher Hisashi Iwakuma as the midnight deadline passes. 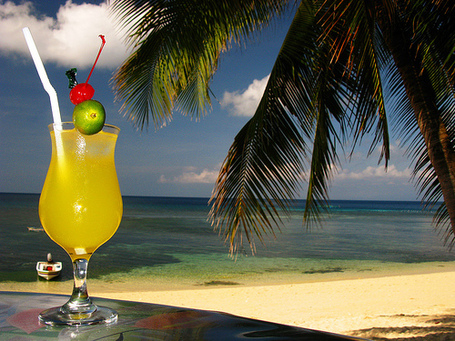 EN relaxes at the Florida waterfront as he waits for Bud Selig to bring him another Mai Tai... or for Scott Boras' 1000 Year Reign Of Implacable Darkness to begin, whichever comes first. 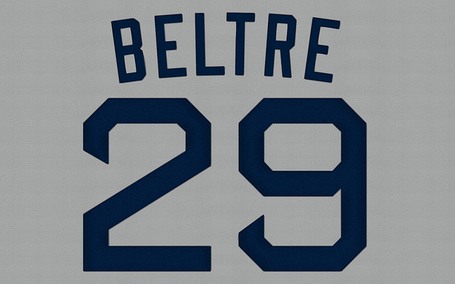 In other words, he'd happily play for (almost) all 30 teams.

LAKE BUENA VISTA, FL, USA, DECEMBER 6 -- I arrived at 4 AM Coconut Time on the Psychic Planes Red-Eye Express... lucky for me that Josh Hamilton was the in-flight steward and kept me entertained with tales of dangerous powder drugs he has consumed in tattoo parlors across this great land or I might have passed out and ended up in Thailand, again.  And this, out of Discount Season on those teenaged boys I keep hearing so much about.

Immediately I made for the Lake Buena Vista Murderwatch Mystery Theater at Grosvenor's Resort, where all the cool GMs stay at when the Meetings are in town, and sidled up to the tiki bar -- modeled after the big nightclub bar scene in J. Cassavetes' epic "The Killing of a Chinese Bookie" -- next to Nationals' GM Mike Rizzo.  This, to see if I could obtain whatever the F the guy has been smoking that he'd give Jayson Werth a 7 year deal.  I mean, I am pretty adventurous -- at least as much so as the next guy you might see at a motel in Florida wearing a completely green and gold Bermuda-shorts-and-shirt ensemble and clutching a "Volcano" vaporizer and an unopened bottle of amyl nitrate -- but I draw the line at contracts for any player, no matter how talented, that last longer than the two Iraq Wars combined. 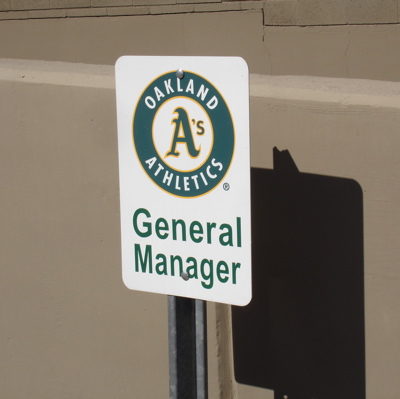 Upon my arrival I was disturbed and disappointed to learn that Billy Beane will not be attending this year's Meetings, and instead has decided to delegate his usual quota of blockbuster wheeling and dealing to this (admittedly snazzy) parking sign in the interim.

After a few hits off Rizzo's (brain-baking, deep-coma-inducing) stash at the Hacienda de los Huevos Felices Bar, I switched my dwindling-but-still-functional attention span to high-powered agent Scott Boras, who mentioned through his Veil of Tears that his clients this year will be receiving the first-born children of the oldest season ticket holder for any team they sign with, irrespective of contract duration and dollar amount.  When I inquired as to the ethical ramifications of any such agreement or transfer of family members, Boras mockingly stated, with what I swear was breath tinged with the smell of sulfur, that "that's what LeBron got so fuck 'em," and that teams will have to pony the F up or start Conor Jackson in left field six days a week if they don't like it. 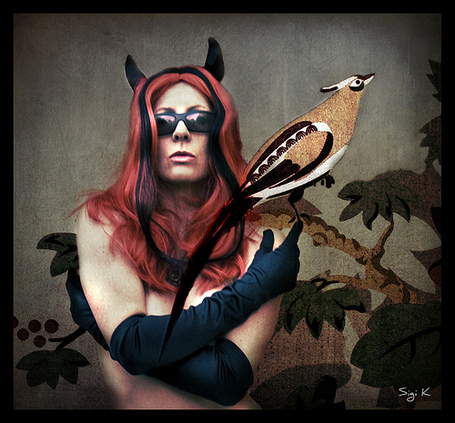 Agent-to-the-stars Scott Boras surprised me with his "Drag in the Year 3000" outfit... plus his bird, although made entirely of cardboard, could say my name in Aramaic.

Feeling as blackened as Cajun Catfish after my run-in with Boras and his magical Talking Lucifer Ventriloquist Bird, I decided to head back into the Murderwatch Resort's lobby, appointed as it is so tastefully with large framed stills from Battle of the Miami Vice Stars and the Magnum, P.I 1985 Holiday Extravaganza, where I was inexplicably (and somewhat forcefully) accosted by Angels' owner Arte Moreno.  It seems Arte had had a few of his own and -- checkbook in trembling hands -- he insisted on offering me 8 years and 500 million dollars to play RF for the Halos next season.

I could sense his palpable disappointment when I informed him that he had mistaken me for Carl Crawford, and that besides my OPS vs. left-handed pitchers wasn't very good anyway, so with all those lefties in the AL West (especially in the event that Cliff Lee marries his Twitter partner/pursuer Ian Kinsler in a Fort Worth, Texas ceremony and stays with the Rangers) he may as well go after the real Carl Crawford.  Unless middle aged gay guys who can't hit or field and run like Joan Crawford on Quaaludes are what he has in mind for his club -- an inclination us A's fans would welcome from him, I'd imagine, if only for the prospect of Bruce Vilanch playing shortstop for the LAA in 2011.  Who knows, maybe they'll break the bank and go young with the really queeny guy from "Glee" (the one that sang the song from Evita last week), but then this kind of anticipation and high drama is what the Winter Meetings are all about, am I right? 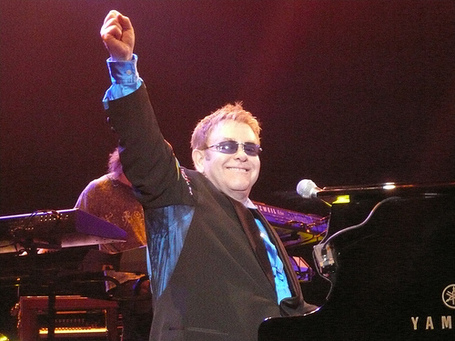 Their new catcher secured, the Angels turn their focus toward the pursuit of some much-needed bullpen help.

Excusing myself from the "Arte Imitates Life" moment, I pinballed over to a woebegone-looking Brian Sabean, who had just himself been informed that brand-new acquisition (and former Bay Area favorite) Miguel Tejada had just admitted to La Mierda Real (a Dominican Republic newspaper) that he is, in fact, 62 years and 217 days old.  Poor Brian could simply not comprehend that steroids alone could preserve a man to look essentially half his actual age, until I laid it on him that (thanks to new forms of undetectable HGH and intracardially-administered androstene supplements) former Tigers' superstar Ty Cobb has been contemplating coming out of retirement, as per his latest interview (conducted via Ouija Board) with The Sporting News. This perked Sabean up considerably, and he immediately excused himself, saying that he had to go try to sign a rejuvenated (and affordable) Walter Johnson to be the Giants' #3 starter.  C'mon, don't laugh: The Big Train, even the better part of a full century dead, beats the guitar strings off of Barry Zito any day. 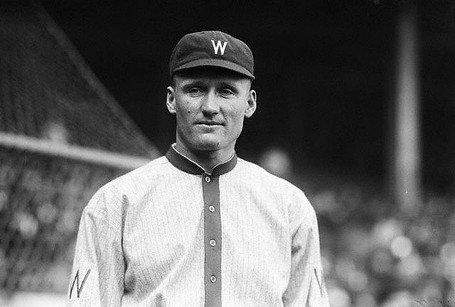 Sure, but can he play the songs of John Mayer in open DADGAD tuning whilst the ladies compete for his attention?

After all this hobnobbing with the Problem Goblins I felt I needed a nap, so I keyed back into the Murderwatch's Room 667 -- a fitting address and affectionately referred to as The Neighbor Of The Beast for its proximity to Boras' room next door -- for a quick respite, only to discover A's owner Lewis N. Wolff and MLB Commissioner Bud Selig in bed -- MY bed!!! The indignity!!!! -- together.  Having had my worst suspicions confirmed and not bothering to ask for an explanation from the notoriously untrustworthy (Lew Lied!! He Never Sleeps On His Side!!!), I banished the two frat-birds from my quarters and drifted into a peaceful, restorative slumber of my own, during which for some reason I dreamed of an avian sanctuary that had been built (using only redevelopment funds, of course) right near, of all places, the Oakland Estuary. 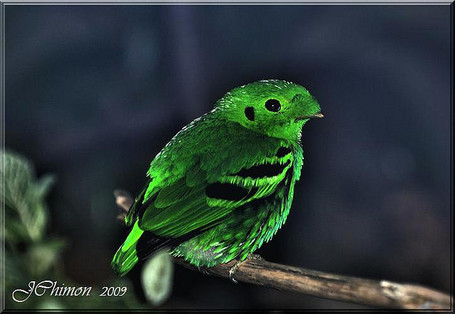 COMING UP NEXT: Emperor is the rumored Blogger To Be Named Later in a Mega-Blockbuster Deal involving Derek Jeter, St. Thomas Aquinas, the Shroud of Turin and a bunch of those little reflective stickers we used to put on our schoolbooks back when we were kids.  SO STAY TUNED!!!!

[[[this post is humbly and gratefully dedicated to the memory of Dr. Hunter S. Thompson, if that wasn't already apparent]]]