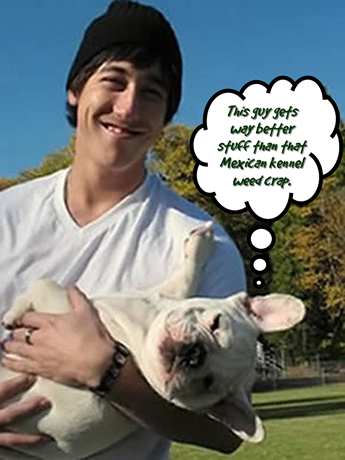 You know you're going well when you make it to the bottom of the eighth and you're not even pitching that day. 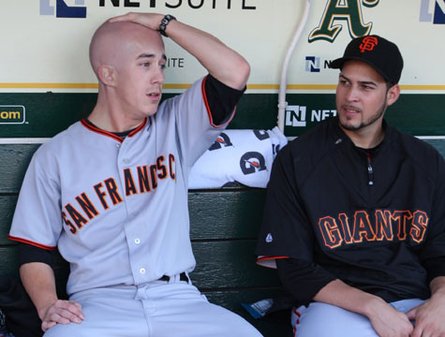 Memo to self: never, ever bet Pat Burrell that you can smoke a whole quarter-ounce faster than him.

All right, here is a thread to post in as our semi-despised Halloween-colored pals take on the Braves in Atlanta, GA... your pitching matchup is Madison "Get Off the Field You" Bumgarner vs. Derek "New" Lowe, whom many of us have never forgiven for the crotch-grabbing episode at the end of the 2003 Division Series.  The Braves face elimination unless they can find a way to not make 4061 errors in nine innings. 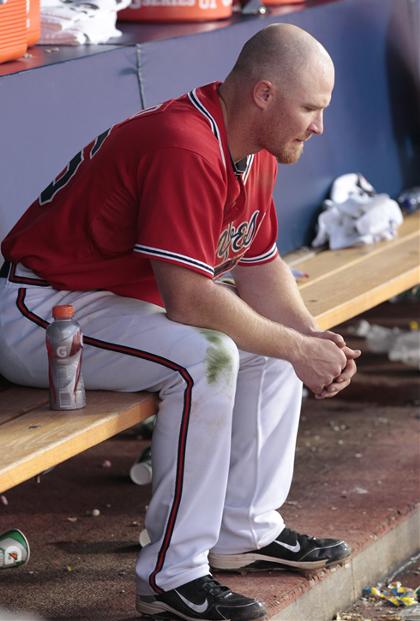 Not to be confused with Brooks Robinson.

Yesterday was kind of a travesty, with former A's prospect Eric Hinske giving the Braves a 9th-inning lead only to be undone by Mr. Conrad's stone-gloved escapades at 2B, where he managed 3 errors (two of them game-changing) in the game and made it 4 for the series.  This wasted a rock-solid effort by another of our old comrades from the Big 3 years, as Tim Hudson was denied the win despite just allowing a single unearned run.  Personally I can't make myself like the Giants, Bonds or no Bonds, so I am for Bobby Cox to go out a winner and vanquish SF today to bring it back to The Big Phone for a 5th and deciding contest on Wednesday. 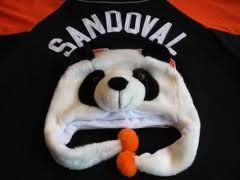 Not pictured: 3-gallon tub of Häagen-Dazs with cake.

I dunno what the lineups are cuz I can't access them from AN... every time I try I get an error message asking me if I am some sort of traitor for trying.  So I dunno if El Pablo Gordo is in at 3rd base or if they have finally broken down and made him clubhouse catering supervisor.  Anyway enjoy the game and I'll post another thread if one is warranted =)