Share All sharing options for: Why Billy Beane Has Had Not A Good -- But A Great -- Off-Season 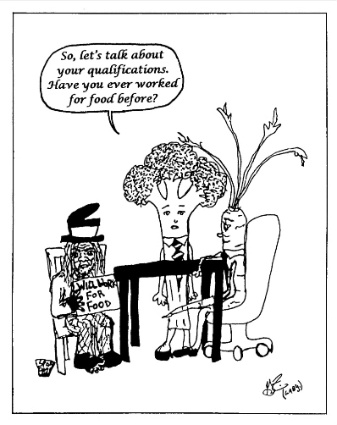 I try to call 'em as I see 'em, which sometimes puts me in the position of criticizing the One In Whom We Trust. Today, I offer one of those articles I hope Mr. Beane should happen to see -- because I have only good things to say, and I have a lot of them.

Process, Not Just Outcome
First of all, I think Beane has to get due credit for the players whom he gave "the ol' college try" to add, and that means acknowledging that he made truly competitive, multi-year offers to Marco Scutaro and Adrian Beltre, before saying "Well you can't make them sign" and using that money to add more pitching (Justin Duchscherer, Ben Sheets) when that's what was out there. This is the off-season where Beane finally made repeated efforts to improve the left side of the infield, not just for 2010 but for several seasons. Even though in the end only Kouzmanoff was added, when you go "all out" for Scutaro, then Beltre, then Kouzmanoff, all as 3-year solutions, you've addressed the left side of the infield for real.

Fixing Mistakes
Meanwhile, most of the moves Beane has made have solved multiple problems at once. For example, while giving the A's a chance to trot out an excellent starting rotation in 2010, he has also pulled a Kendall/Rhodes and offered the club an opportunity to get back the lost year of service time from Trevor Cahill. If keeping Cahill in the big league rotation all last season was a mistake, the some of the mistake is being undone. In other words, don't think of it so much as having lost a Carlos Gonzalez as having gained a Michael Taylor.

Duke & Sheets
Honestly, I never thought I'd see Justin Duchscherer throw another pitch for the A's. His return is a tribute not only to Beane's wisdom in recognizing a damn good pitcher when he sees one, but also to his management skills in knowing that sometimes you "pay it forward" when you treat players as people first and prioritize "baseball," "business," and "life" in the correct order.

I have, in the past, been known to criticize Beane for treating players as "commodities" or acting too "corporate" in one way or another, and I don't know whether he has changed or whether my perspective has changed, but I have seen many examples recently of exactly the opposite. It has made me proud and it has made the A's a better baseball team.

I think the Sheets signing is brilliant. Starting pitching wins games, and nowadays you seem to need at least 8 good starting pitchers just to field one good rotation for a year. The A's might actually have that. If you're going to roll the dice, you may as well do it on the health of starting pitchers who are really, really good when they can pitch, and the A's found a way to add not one but two of those.

Giving Me "All I Can Ask For"
Especially during a rebuilding process, all I feel I can really ask for is a team that could be a contender if things roll right. That's not mutually exclusive from a team that could lose 90 games -- injuries and the development of young talent can quickly turn a team from better than average to "wait'll next year." Let's not get carried away: The A's outfield could combine to hit 15 HRs and that's not a good thing. But I also don't have to squint too hard to see how the A's could surprise, if health and development roll their way.

The starting rotation, with Brett Anderson as the #3 starter, could be as good, top to bottom, as any in the league. The bullpen could be, and probably will be, one of the very best in all of baseball. Defense will be a strength. Daric Barton and Ryan Sweeney have the tools, and are young enough, that a jump in offensive production in 2010, following a "2009 to build on" is quite possible.

As for depth, currently Jack Cust is backed up by Jake Fox, Rajai Davis and Coco Crisp by each other, Gio Gonzalez by Vin Mazzaro by Trevor Cahill -- heck, even Kouzmanoff by the tattered remnants of what archeologists believe were an Eric Chavez and a Dallas McPherson.

And all this is without even mentioning 3 potentially exciting hitters who are on the way sooner rather than later. Is this a good team? Don't know yet. Is it a bad one? Not really. Is it a great time to be an A's fan? I think so.

Speaking of great, armed with Cindi's "Omigod This Is Sooooooo Much Better Than Shari's!!!!" Potato Salad, I'm off to fANfest to ransack Optimist Prime's place when he isn't looking have a fun time with my fellow fans. Catch you later!