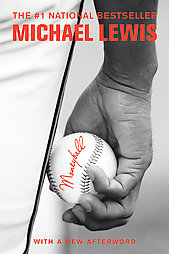 Because this is an ESPN insider article, I will limit the quotes, but I thought this article from Dave Cameron was an interesting read on the changes in the organizations of the Red Sox, Mariners and A's.

The article opens with (what else?) a summary of Moneyball and the Oakland A's:

The Oakland Athletics were held up as the model organization, the team that won by ignoring the traditions of baseball and finding value in underappreciated assets -- the most prominent of those at the time being slow, unathletic, career minor leaguers who draw walks to avoid making outs.

Both of these Moneyball definitions are correct; the A's a) ignored the previous traditions of baseball and b) found value in underappreciated assets; the assets at the time happened to be players with high on-base percentages who may or may not have been able to wear designer jeans.

It was also noted that the A's were despised by those dubbed "old-school baseball", who valued speed and defense more than OBP and the like.

But now, in an attempt to chase the current undervalued assets, the tables have turned. Teams that are using the nerd-stats approach that the A's made popular have abandoned power-hitting oafs in favor of athletic defenders who can run like the wind.

Of course, the article's premise is that with the reverse-Moneyball effect, the team that has taken advantage of this shift the most is the Boston Red Sox. To sum up: The Red Sox have coined New Moneyball, which is building a team to the opposite of what was valued in the Moneyball era.

Don't get me wrong, the shift toward speed has certainly been noted on AN, especially in the second half of the 2009 season, as it felt like the A's stole more bases in three months than in the previous five seasons.

Boston is rebuilding, as well. As noted in the article, instead of looking for power (was that really a characteristic of Moneyball?), the Red Sox let Bay walk. Dave Cameron opines that the undervalued commodity this season might be defense, and that Mike Cameron and Adrian Beltre are the answer.

Neither Cameron nor Beltre can match Bay's production at the plate, but they can run circles around him in the field. Defense is where Epstein saw an opportunity to improve in the most cost-efficient way, so out went the burly slugger with bad range and in came a couple of average hitters whose stardom is measured in Web Gems.

"New Moneyball" has replaced OBP with ultimate zone ratings, and he cites the Rays, the Mariners, the Red Sox and yes, the Oakland A's as the new followers.

Beane now believes that having three center fielders tracking down every fly ball hit will make up for the fact that his three starting outfielders combined to hit 12 home runs in 2009.

Of course that raises the question, "Does Beane really believe that, or is that just what he's working with in 2010?" Beane clearly picked Coco Crisp, but was there truly an overarching plan in mind?

For those of you (me) who are new to UZR:

exO (expected outs): The number of outs plus reached base errors that would be made by an average fielder given the distribution of balls in play while that fielder was on the field.

RngR (range runs): The number of runs above or below average a fielder is, determined by how the fielder is able to get to balls hit in his vicinity.

ErrR (error runs): The number of runs above or below average a fielder is, determined by the number of errors he makes as compared to an average fielder at that position given the same distribution of balls in play.

UZR (ultimate zone rating): The number of runs above or below average a fielder is in both range runs and error runs combined.

UZR/150 (ultimate zone rate per 150 games): The number of runs above or below average a fielder is, per 150 defensive games.

So New Moneyball? What do you think? And do you agree with the last line:

What was old is new again, and 2010 will be the year that the scouts and statheads finally come to an agreement on how a team should be built.