Share All sharing options for: Which AN User Was The Most Active in 2009? 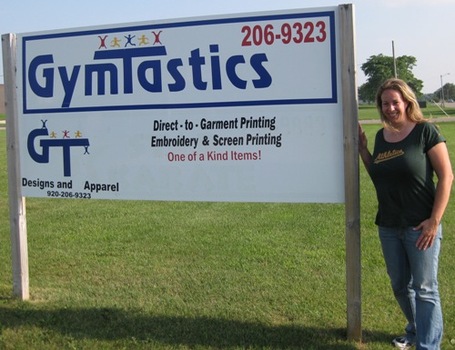 (I took this picture outside of a little town in Wisconsin, because it reminded me so much of AN)

It's time for some more internal business! The addition of Athletics Nation to the over-arching SB Nation network of blogs comes with some nifty features. One such feature? The ability to track and chart number of FanPosts, number of comments, and most active commenters.

2009 was a tough year for the A's, and it's certainly hard to hold fan interest for 162 games in a season where most of the games are basically meaningless. I'm sure I was up there with comments in 2006, where every move, every batter, every pitch, and every win mattered. Kudos to all of you who made 2009 a wonderful season on AN, despite the A's lack of production.

We added almost 1,500 new members to AN last year and the front page crew put up 1059 stories over the 365 days. Nico led the front-page team in stories, I was second, and 67MARQUEZ took the third slot.

Now the numbers you all care about; the top 10 commenters of 2009. Who was number one?

From 10 to 1, here are the AN users with the most comments in 2009. You are all awesome, and I can't wait to get back into the game threads with you. For Bonus AN fun, I have included real, live QOTM's with every winner, so enjoy!

Seeing all the celebs at Yankee Stadium just makes me want to see the Yankees lose, lose, lose. And then I remember that that would involve the slegnA winning.

And then I reach for my rum.


stormtown: I'm rooting for career-ending injuries. I was going to hell anyway.


well now you're getting a suite

Did you know you can comment on Athletics Nation from your phone or PDA? SB Nation has launched mobile commenting. Check it out next time you’re at the hospital parking lot or gathering of hotel employees and have something to say.

Who could forget this play by play in a game thread?

Pam, Kennedy is out.

When is "Moron Day" anyway?

I enjoyed “Talk Like A Pirate Day.” We do it at our school every year — you hear a lot of stuff like, “Why did we trade McClouth?” and “Maybe we’ll get over .500 next decade.”

No, Nick. Cust is not nearly as hot.

Can I nominate something I've been involved in for a QOTM?

Let's give them a hand! What comments are your favorites? (And yes, we're bringing back QOTM.)