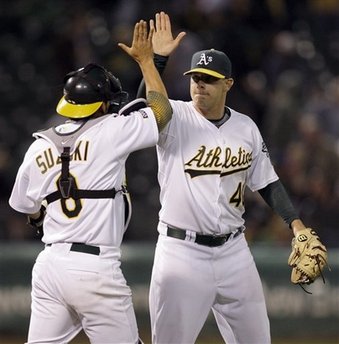 Tonight's stars enjoy a little friendly "whose hand is bigger?" competition, remembering of course it's not the size of the mitt, but how you call the game.

The Swingin', Pitchin', Runnin', Streakin' A's undressed Cleveland starter Justin "from my hand to your bat" Masterson in a 4-run 3rd, punctuated by a Kurt Suzuki three-run HR.  And Thursday makes Four in a row for Oakland, quietly putting together another more-than-respectable second half here in the Days of Oughty-Nine. 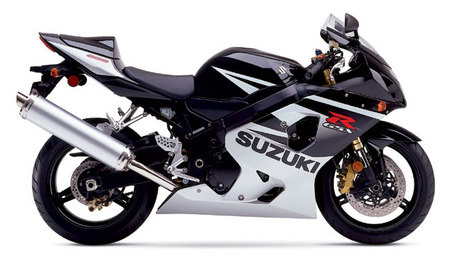 not pictured: an Indian

Well it looks like 67MARQUEZ got his miracle ticket's worth tonight, with the Athletics continuing the trend of there-is-an-A-in-Awesome with another workmanlike effort in support of Clayton "Le Not-So-Petit" Mortensen, who went a solid and exceptionally tall 5 for his 2nd win, and yet another in a long series of utterly delectable, gourmet, even-better-than-those-veggie-tacos-at-Herbivore bullpen workouts featuring Brad Kilby, everyday Craig Breslow & Michael Wuertz. Wuertz was best yet again as he struck out a couple to get the ball to the AL's most satisfying after-dinner digestif, who proved a liqueur too strong for the tepid Tribe bats and authored his (ongoing Oakland rookie record) 25th save.  So Andrew Bailey's ridiculous, eye-popping, and all-around glittering ERA drops to 1.95, and he is clearly qualifying himself more each day to be placed among MLB's ROYalty come this off-season.

Not much else to say about it all, other than

Rajai Davis legged out another hit and sits at .313... if you'd have told me 10 weeks ago, hey Joshy! Raj is gonna hit .300, whaddaya think of that?  I'd have politely requested a taste of whatever it was you were having, and to be honest it would have brought to mind this classic exchange, early 2000s, between Ken Korach and the late Bill King:
BK: This guy is on fire, he is really smokin'.
KenKo: Oh yeah, Bill?  What's he smokin'?