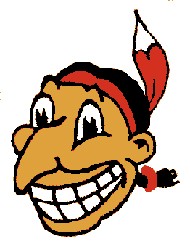 Seriously, you haven't won squat in 60+ years, is it time to ditch the logo yet?

Shalom WHIP-lets, and please join me in welcoming your 2009 Athletics back to the Coliseum, fresh from ruining the summers of the White Sox, Twins and Texas Rangers, who were in the race when we arrived but are now a combined 2,188 games back and 2,186 1/3 in the Wild Card. I am your host tonight, emptastically subbing for the historically awesome 67M, as he scored last-minute tix to tonight's extravaganza.

Thursday brings in those Cleveland Indians, victims of an injury tally that makes recent A's seasons look like a Whole Earth Expo by comparison. The Injuns have fallen far far out of it (not unusual for them since Manny was in town and Bill Clinton was President) and sit at 61-84, 25 1/2 games out of 1st in the Central, and rumor has it they are seriously considering giving 90-something fireballer Bob Feller a look as their #3 starter in Spring Training next year.

On the hill this evening for the Golden Green is the tall one Clayton Mortensen, 1-2 with a hefty 6.75 ERA, opposed by Justin Masterson (4-7//4.25), traded to the Tribe by the Red Sox earlier this year and in all likelihood wishing he was still in Boston and looking at October baseball. At any rate he has the most Western-sounding name in MLB, so hopefully the A's bats can knock him off his horse tonight as our boys, who are playing smooth and loose with Rajai Davis going absolutely off the chain and leading the way with an a-s-t-o-n-i-s-h-i-n-g .314 average (a sick .347 since the All-Star Break) with but a couple weeks to play here, come home to begin an 8 -game stand... will he make it to a .300 season? If I were a Magic 8-ball I'd say 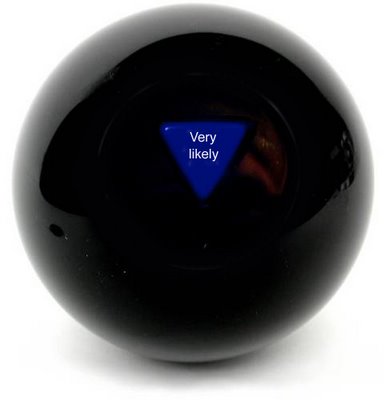