Tomko Sails to a Century as A's Use Doubles Onslaught to Hammer Rangers, 9-0

Share All sharing options for: Tomko Sails to a Century as A's Use Doubles Onslaught to Hammer Rangers, 9-0 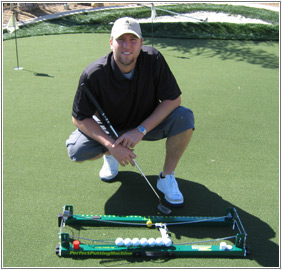 Brett Tomko practices secret cross-sports ritual allowing baseballs to appear the size of golf balls when he throws them.

The A's cracked 7 doubles (not one, not two, but THREE from Ryan "Swoubles" Sweeney off 3 different pitchers) to further damage the Rangers' ever-slimming postseason chances, with the occasion sweetened yet more by the 100th career W for Brett Tomko, who tossed a complete-game fore five-hitter for his 2nd career shutout.

This game, which through five innings went by faster than Kanye West's career, really turned on the first of the Ryan Sweeney two-baggers, where the relay had a chance to nail Adam Kennedy at the plate but Elvis Andrus, no doubt distracted by the strains of Are You Lonesome Tonight wafting through his head as he pictures Andrew Bailey hoisting the AL Rookie of the Year trophy,  clammed it and AK scored easily, extending the inning and the Feldman pitch count for the mayhem that followed in the 7th.  There the Athletics batted around and plated four: the dagger being the second double from Sweeney, this time off Jason Grilli, who lasted a third of an inning that must have seemed like half his life. 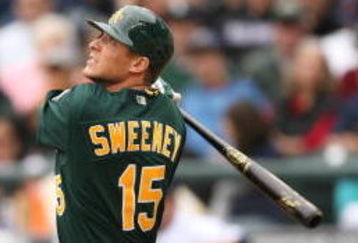 Like I alluded to in the pre-game, Scott is a lot closer to Marty or even Morton Feldman down there in the bandbox (he is 12-1 on the road), and tonight the Athletics made him into Corey Feldman the 3rd time through the order,  turning the Rangers into Lost Boys on a night they really needed to prevail to keep their dwindling October hopes alive.  I have always thought that one everything's-big-in-Texas reason the Rangers haven't ever won anything since they built that place is the stadium, the most hitter-friendly park in MLB and kind of a hopeless cause in the summer, when the ball flies like an eagle and causes the Rangers brass to lament their inability to find a soluuuution to their pitching woes for yet another season.

Come to think of it, the only guy that I remember ever doing well in the Arlington National Cemetery for Pitchers was Barry Zito, who used to just flog the Rangers whenever we'd play them in TX... but then, we all know what happened to him  *strum*