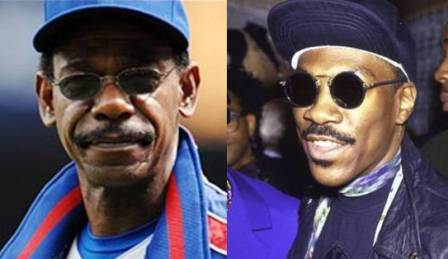 Rangers' skipper Ron Washington pensively contemplates how to keep his secret identity from the world and still receive royalties from sales of "Delirious".

Greetings VORP-lings, and welcome to Monday with your host, Mr. Mustard... I used to be a lot Meaner when I lived in Abbey Road. Abandon ye Prudence, dears, as we bring you game threads of Joy and Wonderment whilst your 2009 Oakland Athletics pay a call on the Texas Rangers, of course managed by our old friend Ron Washington, whose name coincidentally translates in the 12th Century Mandarin dialect as "the Best Man for the job." Today's action finds the Texmen 6 back in the AL West and 4 in the AL Wild Card with less than 20 to play.

Today's TX starter is San Mateo Junior College graduate Scott Feldman, who is 16-4 with a scanty 3.46, and is surely one reason the Rangers are in it this September. He is but 4-3 (and a somewhat less impressive 4.56) at home at The Tomb of the Unknown Hurler in Arlington, however, where as we know many a pitcher has faced many a Long Hot Summer Night... so perhaps the Athletics can turn him into Marty Feldman for a night, or at least cripple his symmetries like Morton Feldman. He's opposed by our special new friend Brett Tomko, 4-3 with a 4.47 in his latest attempt at career resurrection here at The Beane Institute for the Still Breathing. His last start notwithstanding, in which he gave up something like 437 runs (435 earned) in just under 5 minutes 27 seconds, Brett has pitched quite well for the A's & could be in the mix for next year if the trend holds.

Seeing as how you can't bake cakes without batters, here are some lineups for you: 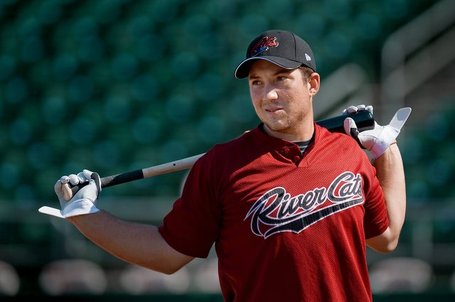 Of course whatever transpires, you can always just close your eyes and envision the next few seasons, when Messrs. Carter, Cardenas & Wallace (last seen in Reno, laying waste to some "Aces" pitching just to watch it die) will arrive to remind us what it's like to play meaningful ball in Septembers of our own again. The PCL final starts tomorrow night in Memphis as Sacto goes for 3 titles in a row, a feat not accomplished by anyone in more than a quarter century... so who knows? Maybe we'll get to see all or a couple of these Cats for the last 2 weeks of our season, after they finish off their latest AAA championship, naturally.