Some Pictures Just For AN

Share All sharing options for: Some Pictures Just For AN

First of all, HAPPY BIRTHDAY LONGTIMEFAN! This post is dedicated to you!

Last night, I had the priviledge of being invited to a Dodgers game in some pretty great seats. Not only was the game played (a huge lightening and thunderstorm had ended barely two hours before the game), but it was amazing. The Dodgers won 1-0, and the seats were perfect for a pitching duel.

I'd like to thank Justin Upton for the souvenir ball. 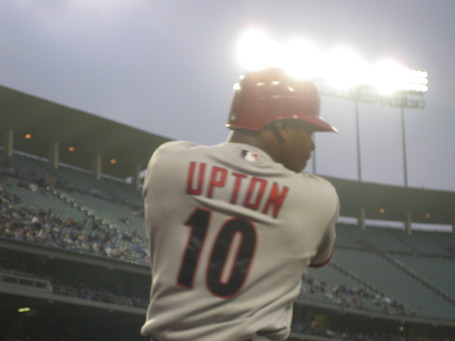 The game was in the sixth inning when I noticed a familiar face in the dugout next to me. By the time I could reach for my camera, he had disappeared down the stairs to the clubhouse. But he saw my futile attempt at a picture, and popped back up for a shot. 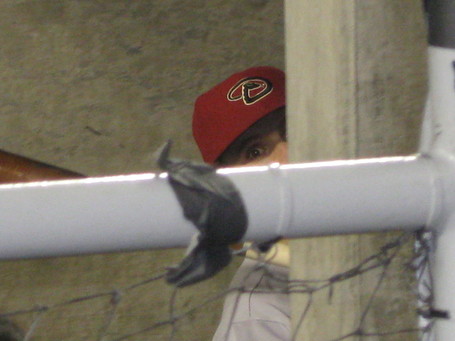 In case you don't recognize the eye (don't we all?), he came all the way back out. 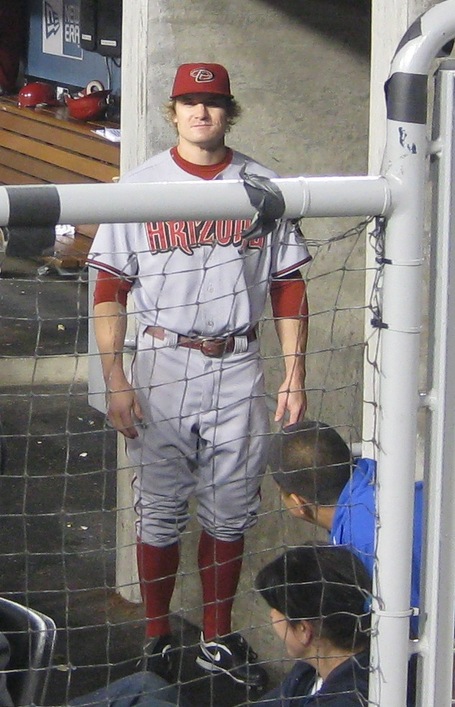 He even got an AB. 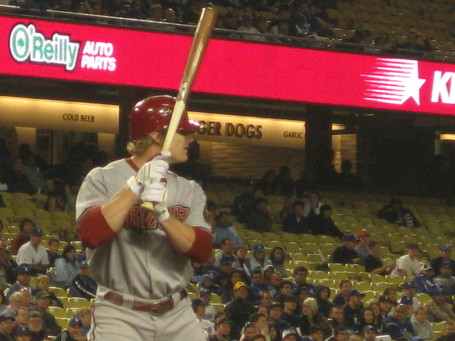 Unfortunately, it was against this guy, who throws as hard as anyone I've seen up this close. 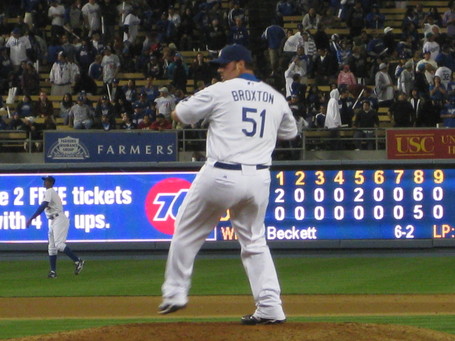 And on the very last pitch of the game, I snapped one final photo, and then he turned for the full shot, as if to say, "I miss you AN!" 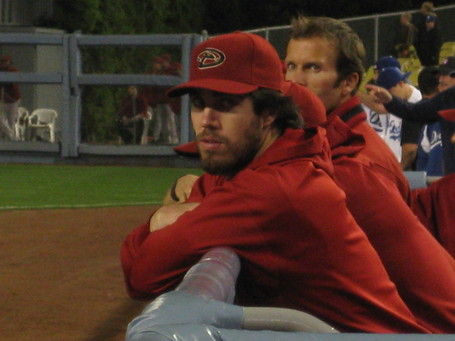 The A's try to take the series today at 11AM. I'll be your host on AN; join us as we root for the third win in a row! Anderson will try to match Mazzaro and Outman as the parade of rookies continues.