Share All sharing options for: AN Girls Visit Seattle!

Were you wondering why the game threads seemed so empty last weekend? 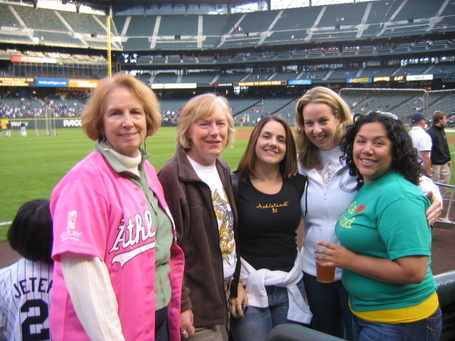 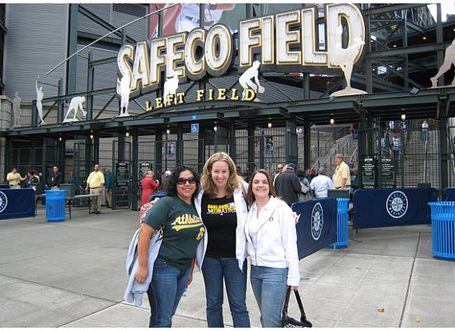 Despite the rough season for both the A's and the Mariners, a few of the girls from AN decided on a Seattle road trip because a) hey, girls trip! b) hey, baseball players! and c) Safeco is AWESOME!

As if to prove this point, the Mariners' fan appreciation team took and printed photos for all the Safeco guests with the Moose, who really should have a better name than "Moose". I kept calling him Stomper, because every mascot should be named Stomper, right? But Stomper is definitely lacking in both customer service, and a cool place to live, like the Moose Cave below. 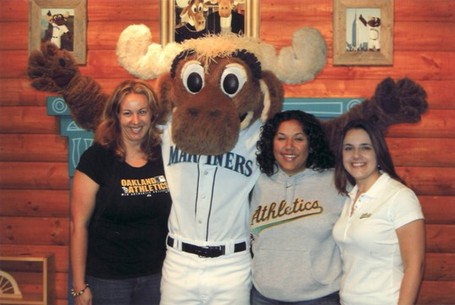 We saw a few of our players during the trip, including Dan Meyer, who made fun of Pam's "I Hella Heart Oakland Shirt", which everyone else (A's fan and Mariners' fan alike) seemed to love. We told Pam that she should have responded, "I hella heart your fastball", but I have a feeling that would have been the last picture we took with Dan Meyer. 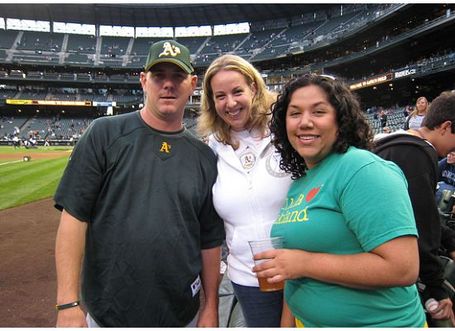 And what would any good baseball trip be without a picture of our very own Ziggy on the last day of his storybook season? Congratulations Zig, on an amazing season, and we hope there are many more years of Oakland pictures ahead of you! 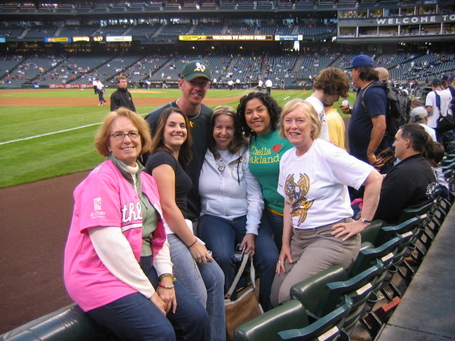 Really, Safeco is awesome. One of the coolest ballparks around for sure; a tribute to Gotham City, mixed with just enough cool elements to make it one-of-a-kind. From the really cool and functional roof, to the real grass (and it is no small feat to keep that alive), to the roomy levels, to the full bars and countless restaurants, Safeco is a must for any baseball fan.

Plus, don't we love Lookout Landing?

Stay tuned for today's playoff game at 4:30pm, between Minnesota and Chicago (someone will open a front-page game thread). Winner goes to Tampa Bay for the ALDS. Loser goes home. Who are we rooting for? Oddly for me, I'm going Chicago. I hate their announcers, their manager, and their catcher, but I think they'd make a great playoff story (right up until they get crushed by Tampa Bay, hopefully). I don't do the dome.