A Visit To (Old) Yankee Stadium

Share All sharing options for: A Visit To (Old) Yankee Stadium

There are certainly times when the baseball fan in me wars with my allegiance to the team I love. I didn’t choose to love baseball; baseball chose to find me, but I do feel like I picked the Oakland A’s as my team. Maybe my elementary-school self loved the colors; the green and gold so different from the usual reds and blues; maybe it was the rebellion of youth spawned from being raised in an all-Giants family, or maybe there was just something about the team of the early 80’s that would grow into the dynamic powerhouse at the height of the now-questioned, but certainly much-enjoyed era of baseball, but for whatever the reason, I have now ended up aligned squarely with the small-market, new-school, post-Moneyball team that still clings to Oakland as home.

It’s not popular on AN to complement anything that is produced, directed, invented, or sold and packaged by ESPN and its constituents. It’s not okay to harbor any fondness for the big-market teams, and it’s certainly a bannable offense to show affection for either the New York Yankees or the Boston Red Sox, and I realize I’m risking my AN status with the following posts, but I am baseballgirl, so maybe everyone will understand.

Perhaps in complete defiance of a team that was painful to watch for most of this year, I decided that the 2008 season would have to become a little more about baseball and a little less about the A’s. And there seemed no better year to visit the baseball powerhouses of the East than this one; especially with the stadium closure in New York.

I reasoned that if I was going to temporarily dabble in the dark arts, I should keep the visit as brief as possible, so I attended a Friday night game at Yankee Stadium and a Sunday afternoon game at Fenway Park.

Although I had driven by Yankee Stadium briefly on a previous visit, actually showing up to a game was an entirely different story. There is a reason why legends were made here; why the grounds are hallow; why the aura seems to transcend the current season and forces open a window to the past when you are inside the park. Love or hate the Damn Yankees (and 2001 certainly cemented where I stand on that particular issue), Yankee Stadium is a magical place. 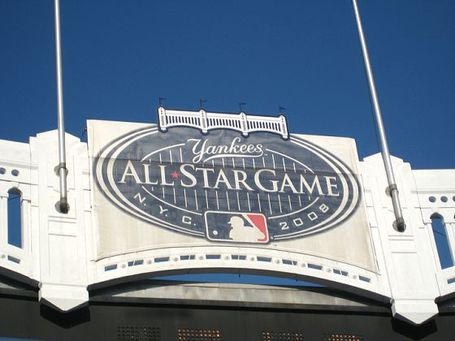 It was a beautiful Friday night in the Bronx as ten of us attended the 22nd-to-last game at the stadium. Despite arriving at the park a good three hours before the game, we were one of the last people allowed in line to tour Monument Park in center field, where Vlad almost killed half of our tour group during his batting practice.

But we saw what we came to see: 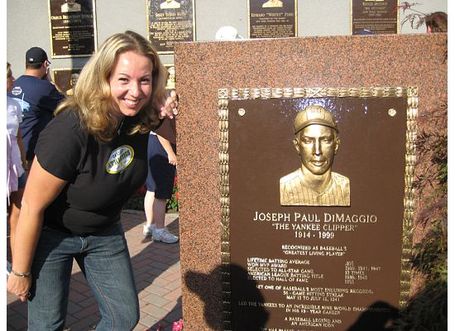 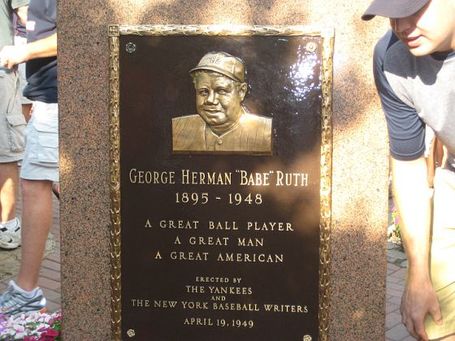 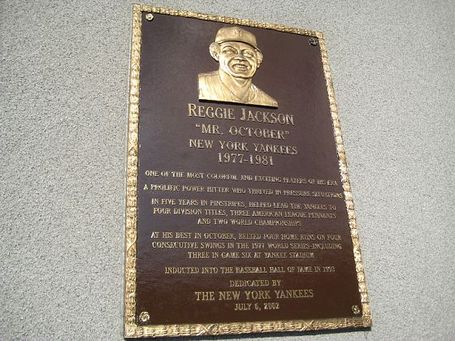 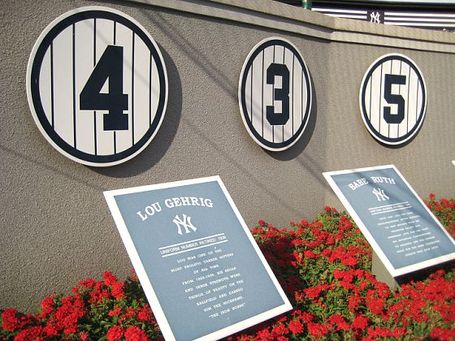 The players took the field with as much fanfare as I've seen from a club, and the Yankee "roll call" was no doubt the best part. If you watched the last Yankees game of the season, you have seen this, but there is nothing like seven professional athletes waiting like little kids to have their names called so they can turn around and acknowledge the crowd. Johnny Damon was the highlight of the routine, and he couldn't keep himself from waving at little kids periodically throughout the game.

The game itself was nothing special; unless you enjoy a pitching duel between the Yankees and the Angels, and despite all the offense both teams would throw up during the next two nights, Friday's game went into the ninth 0-0. We got to see Mariano come out of the 'pen to pitch the ninth; and become the losing pitcher. Of course, that meant that I got to see another K-Rod save, which would still be a haunting memory if the ALDS had ended differently. I have discoved one way to root for the Yankees though; have them play the Angels while you are in New York in a ballpark straight out of Field of Dreams.

At the close of every fifth inning, the counter ticked off one more game from the long schedule of Yankees games; ours went from 22 to 21. The recorded seventh inning stretch was way better than it seems on TV, and really, the whole experience was like stepping back in time. 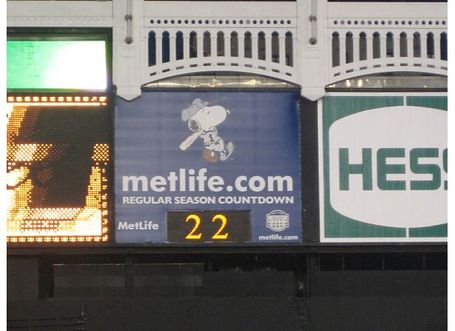 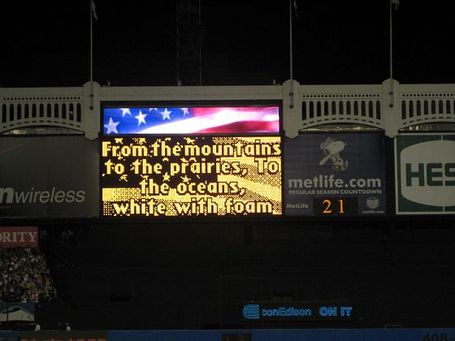 I understand how some die-hard fans can be upset about losing this park, even if it is a good thing. The Yankees have enough money to be playing in a state-of-the-art facility; with real concession stands, and bathrooms, and restaurants, and sky boxes, and they have been hanging onto Old Yankee Stadium, afraid to let go. I can see why. The memories aren't the same when taken to another park, but new ones will have to be made.

Hopefully, they will be tinged with a certain amount of green and gold. 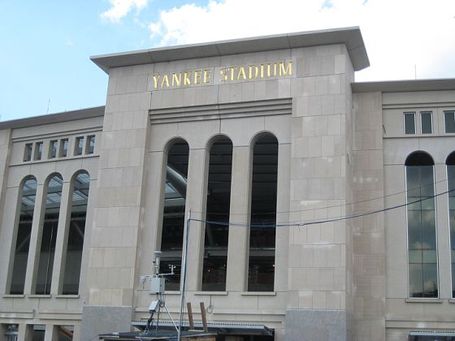